After Michigan Disaster, “Right-to-Work” Gets Zero Votes in Illinois 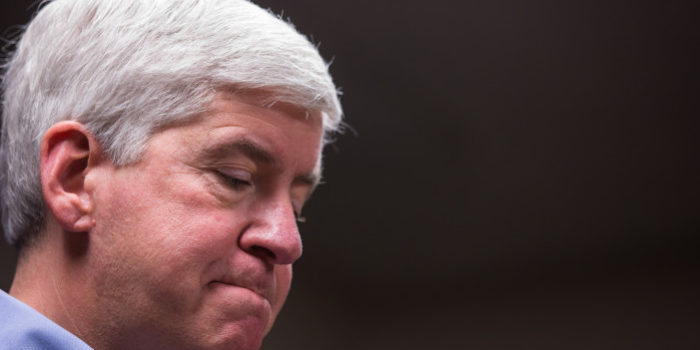 In 2012, Governor Rick Snyder signed legislation making Michigan a “right-to-work” state. At the bill signing, done while thousands protested outside the governor’s office, Snyder explained, “Again, I don’t view this as anti-union at all. I believe this is pro-worker.”

Despite Snyder’s corporate rhetoric, wages are down in Michigan since he signed the bill into law. A new study by the Illinois Economic Policy Institute shows that real wages have fallen 2.6% in Midwestern states that passed right-to-work laws. The report is damning for Governor Snyder, who promised the law would be pro-worker, and calls into question Lt. Governor Brian Calley’s decision to brag about its passage in his new web videos.

It appears that four years after Michigan’s law was enacted, other states are noticing the law is bad for wages, as the Illinois House of Representatives has rejected right-to-work – not one single member voted yes. Clearly, elected officials in Illinois have seen the devastating effect of this anti-worker legislation in other Midwestern states.

Governor Snyder promised to “reinvent” Michigan when he first ran and now begs us to believe him that more and better jobs are a reality. The right-to-work study shows Governor Snyder and his right-hand-man Brian Calley have failed to live up to their hype.