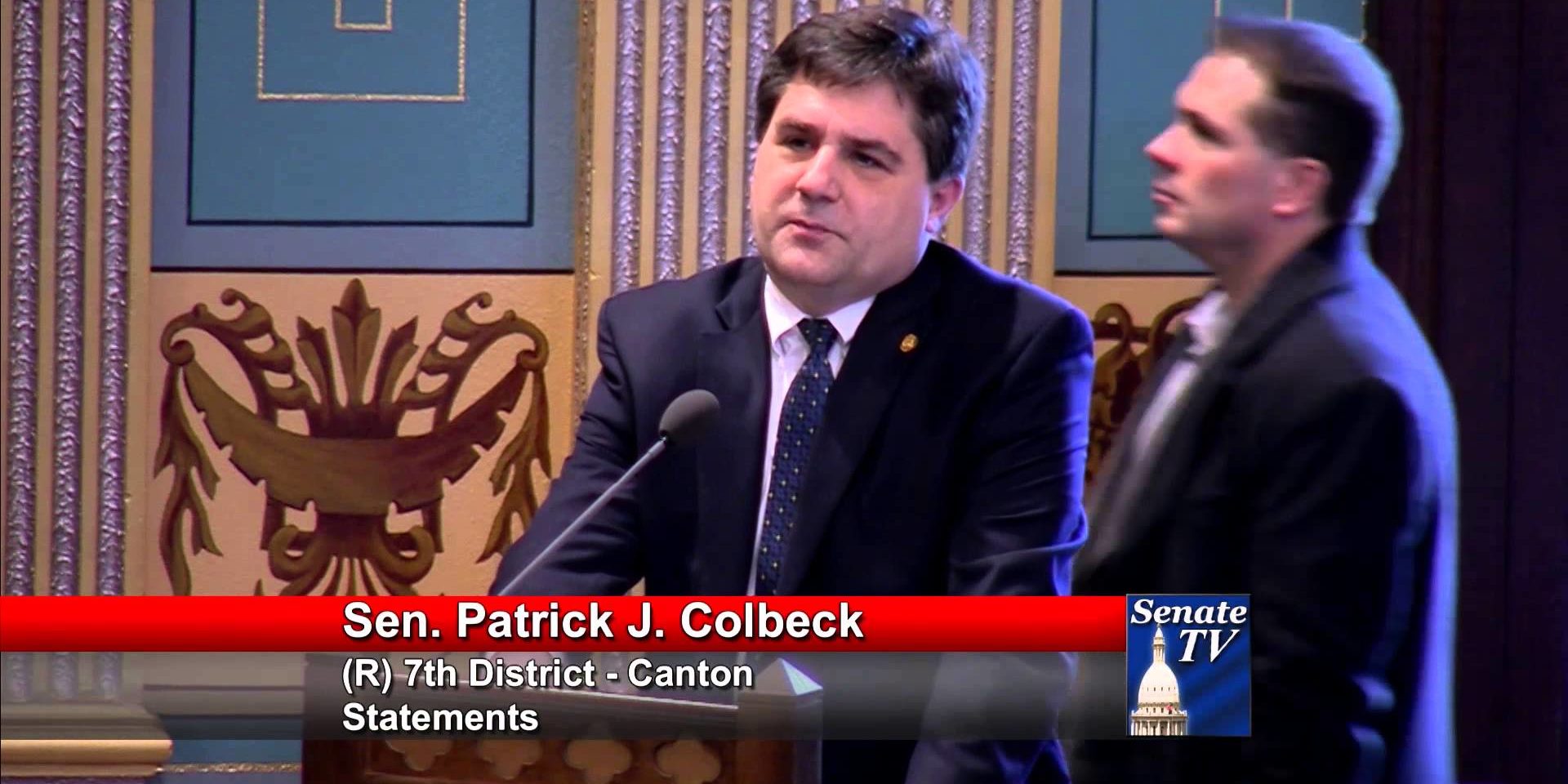 This month, we have seen two different responses to those living on fixed incomes. Earlier this month, State Senator Patrick Colbeck (R – Canton) took to social media to complain about his salary describing it as a “fixed income” and giving others tips on how they can follow his lead and cut their cable and mobile phone bills to survive. It was a “let them eat cake” moment from Colbeck that both showed his lack of understanding of how average people on fixed incomes live and his myopic view of the world.

The other response was House Bill 4040 sponsored by State Representative Darrin Camilleri (D – Brownstown) that would exempt seniors living on a fixed income from the 20 percent increase in automobile registration fees. The higher fees were part of a $1.2 billion roads bill signed into law by Governor Rick Snyder.

Instead of complaining about his own salary like Senator Colbeck, Representative Camilleri has offered a real solution to seniors living on a fixed income. The people of Michigan deserve more than Senator Colbeck’s “let them eat cake” attitude. Michigan Republicans have conducted a tax shift that has benefited the wealthy while the rest are paying more for less services. It doesn’t have to be this way and House Bill 4040 is a good first step towards restoring balance to Michigan’s tax system.