RESPONSE TO REQUEST FOR PROPOSAL: Branding and Communications for Michigan Department of Environmental Quality 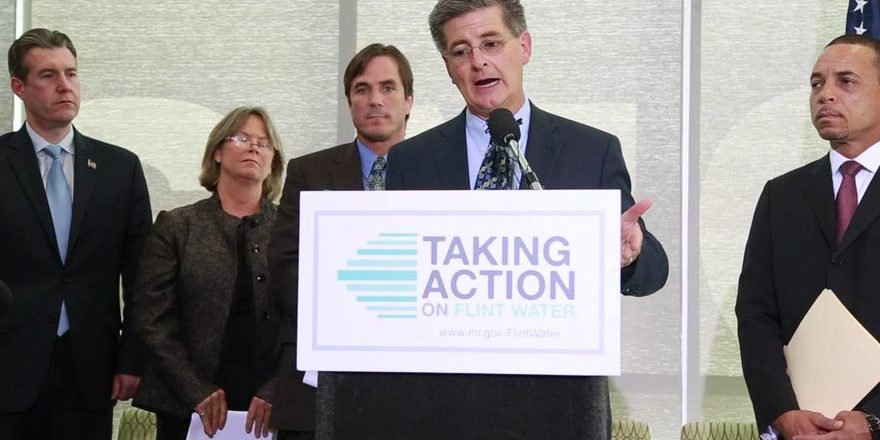 RESPONSE TO REQUEST FOR PROPOSAL

Branding and Communications for Michigan Department of Environmental Quality

Upon hearing that four days after the Michigan Department of Environmental Quality (MDEQ) admitted fault in the Flint Water Crisis, the department was requesting proposals for a branding and marketing plan, Progress Michigan offered the following response to the RFP. The organization is suggesting an overhaul to the department’s communications strategy going forward in the wake of thousands of children and people being poisoned by lead-tainted water as the department tried to save face.

Progress Michigan would like to offer the following communications plan to the Snyder Administration and the MDEQ free of charge.

Remember, people are more important than the bottom line

The Department would do well to recognize that the MDEQ is there to serve the people and keep our water and air clean. They should avoid praising decisions that put people in harm’s way for the sake of profit, which is what started the Flint Water Crisis in the first place thanks to Gov. Snyder’s unelected emergency managers.

The header is pretty self-explanatory. When numerous studies confirm that people in Flint are drinking poisoned water, don’t deny that the danger exists and create a false sense of security that prevents people from taking action to protect their health. This principle should be applied to all public statements, Freedom of Information Act (FOIA) requests, document redactions and any conversations that department heads are having in their own minds.

The department made a mistake slamming national and local researchers who blew the whistle on the lead crisis before MDEQ Director Dan Wyant admitted fault. Progress Michigan suggests the department going forward avoid saying that concerned medical professionals are acting “irresponsibly” when trying to prevent people from drinking poisoned water as the department heads pretend like nothing is wrong.

From a communications standpoint, as well as a decision-making standpoint, the MDEQ Director, Dan Wyant holds ultimate responsibility for not accepting the facts the researchers were presenting and for trying to drown out the voices of citizens who were raising the alarm. In short, Wyant needs to go. It’s clear that the department knew about this problem since February yet Wyant did nothing except deny there was a problem.