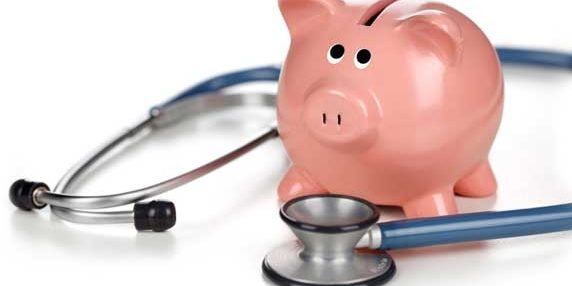 There is an effort underway to ensure everyone has the ability to earn paid sick days. Unpredictability in life shouldn’t force people to choose between their health, their families and their economic well-being. In keeping with the market-driven culture we have created for businesses, we assume unpredictability is not desired. This initiative offers a simple fix: we need people to earn time off so they can take care of themselves when they are sick or take care of a family member.

The solution as proposed by the Time to Care Coalition works like this: For every 30 hours worked, an employee earns one hour of paid sick time. In short this means that for every 240 hours worked, they get a full work day to save for the unforeseen. There is a cap of nine days. We’ll show how this policy plays out with a quick analysis.

We are evaluating a policy that is designed to help everyone have a better quality of life. When being paid a wage, a person is adding value to that company on a given basis. In order to do a valid evaluation, we need to structure the process in a way that compares apples to apples. That means we do need to quantify a person’s time in terms of their monetary wage. This process does not detract from people’s effort. A person’s time has value. We will see that being able to spend time to recover improves the workplace as a whole.

This calls for a cost-effective analysis to see how this policy ranks, as opposed to the alternative of no paid sick time. Skeptics or those on the fence might ask: is this solution less costly? Well, there have been studies in quantifying the lost productivity caused when people cannot take time off. Many will not take time off for fear of losing their job or the shear need to make ends meet. We will have to look into a robust analysis to truly determine what costs are accrued by working while sick.

A study that was undertaken by AdvancePCS (2003), and fittingly titled The American Productivity Audit is used to set our measurement. This phone survey used a random sampling of 28,902 people interviewed over the course of a year to rule out any seasonal effects of sickness. What they found was that throughout the United States, a cost of $225.8 billion was associated with what they termed as “health-related lost productive time.” This meant a person, who tried to work through an ailment or was unable to go to work, had lost productive time. Broken down to the individual level, there is an observed average loss of $1,685 per employee per year, with 71% of that figure accounting for lost productivity while at work. From that breakdown, the resulting loss from not going home and “fighting it out” is exactly $1,196.35 on average per employee, per year. Adjusted for inflation, in 2014 dollars, this equals $1,540.

With an average cost of $1,540 per employee per year we now have a baseline cost to compare this initiative to. Let’s take two new entries into the job market. One has a part-time job with 30 hours per week. The other has really hit a home run and is working full-time at 40 hours per week. The part timer will need to work for eight weeks, without interruption, to secure one full-paid sick day off of work. Conversely, the person working a 40-hour week would have to work for six weeks – not bad. The part-timer is making minimum wage ($8.15/hr) and the other has a starting salary of $25,000 per year.

We solve that in one year’s time, the part-timer would accrue 6.5 days paid sick leave, which calculated at $8.15 per hour would cost their employer $423.80. The full time worker will accumulate 8.7 paid sick days, which will cost the employer $833.30 per year. Being far lower than the average at-work lost productivity of $1,540 per year, a cost-effective analysis would suggest that money is far better spent to pay people to go home and recover.

As the average cost of $1,540 per year breaks even with the maximum paid sick time accumulated by a person with an income of $46,200 per year, this shows that, on average, Michigan employers will save money with this initiative. The proof to this statement is that the mean income in Michigan is just over $26,000 in 2014 dollars. The actual average income, being much lower than the break-even income where maximum sick time accrued is equal to the mean at-work lost productivity time, shows that it is more cost-effective to send someone home to care for themselves and for their families.

We can see with some simple math that paid sick days benefit working people because they can take care of themselves. It also benefits employers by allowing people to take the afternoon off because of a nasty migraine, back pain, arthritis or even to take care of their sick child, and not attempt to work through these complications. As studied through the American Productivity Audit there are observable monetary costs associated with people working when they should rest. The time off is earned through work and allowing this practice is a more cost-effective option for the employer. This is one of those rarities where everyone wins.