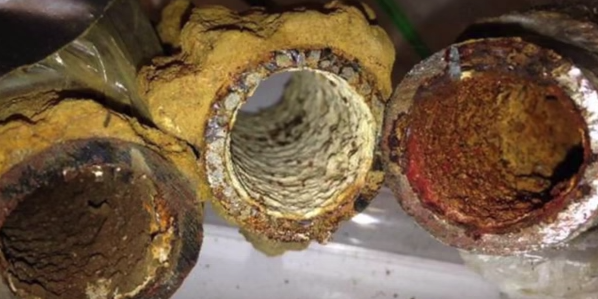 Three consecutive headlines caught my eye this morning in a way that could only be ignored by the likes of Gov. Rick Snyder, who routinely ignores problems created by his administration until it’s too late.

Did you catch that? We have proof of a problem, the denial, and the outcry for justice. It’s hard to ignore, unless you’re the Snyder administration.

Some quick background: Under a Snyder-appointed emergency manager, the City of Flint switched from Detroit water to Flint river water, which has been shown to have increased levels of toxins like lead. Now those very toxins are appearing in the blood of Flint children. For months, residents and activists have been sounding the alarm about this fact, but their cries for help have fallen on deaf ears — namely, those of the Snyder administration, under whose direction this crisis was allowed to fester.

Essentially, the Snyder administration is ignoring the scientists and watchdog journalists who have been monitoring the water situation in Flint and as the Freep points out, it may be too late for some of Flint’s most vulnerable residents:

“Lead poisoning is irreversible, and it conveys a host of developmental problems for the children who suffer from it. That’s a bleak diagnosis for Flint families… For children who have already been exposed, there are no remedies.”

Gov. Snyder needs to be held accountable for this problem that was created by his administration’s anti-democratic emergency management system. The people of Flint have a right to clean water. If our kids are being poisoned, we need the Governor to act, but that’s not likely considering his past reactions to human crises.

The latest head-in-the-sand moment for the Snyder administration is yet another example of the conservative leadership ignoring the problems that have been created by his administration.

Just look at the Aramark contract, which was a disaster from start to finish. That contract was defended by Snyder until the bitter end and he doubled down on the problem by bringing in yet another out-of-state corporation to profit off our prisons.

Need another example? The emergency management and crippling funding cuts to Detroit have resulted in a water crisis where entire households are having their water shutoff due to unaffordable rates. The post-emergency management era in Detroit is not as rosy as the Snyder administration would have you believe.

The fact of the matter is that people in Flint are being poisoned — quite literally — thanks to Gov. Snyder’s draconian, right-wing policies that put the interests of corporations over people. He and every elected official who has stood by while this was allowed to happen, including Attorney General Bill Schuette, need to be held accountable.

A silver lining to all of this is that the water activists in Flint won’t stop. They realize the fates of their community, future, and health are on the line. They need our support and action when they call on us. Clean water is a human right and we need to help them in this fight.