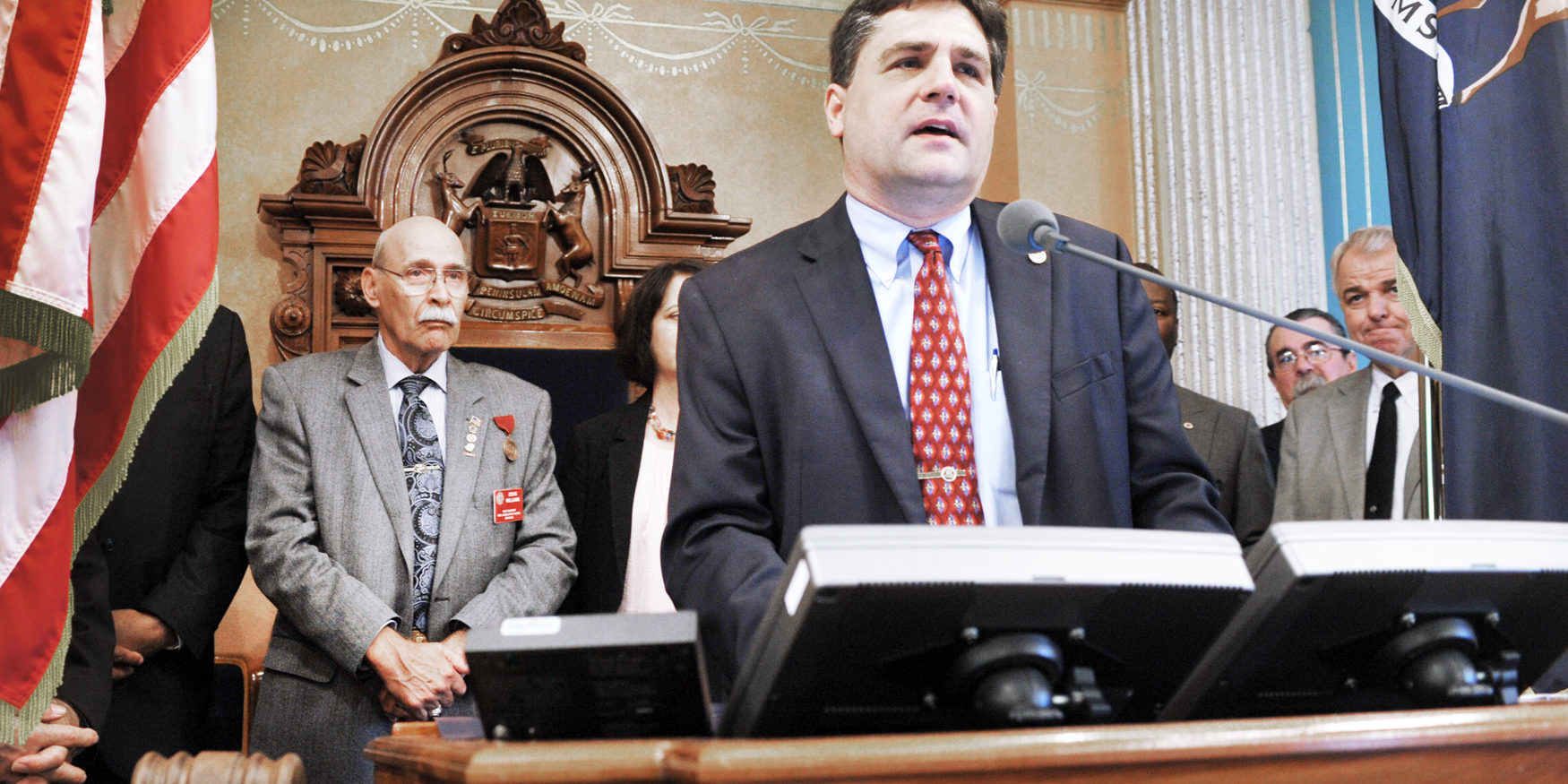 State Senator Patrick Colbeck is at it again. Back in 2013, Colbeck sponsored a bill calling for schools to institute a Patriot Week that would indoctrinate students with nationalist and militarist “history” lessons. Now, in a series of red-baiting Facebook posts, Colbeck is railing against late civil rights activist and historian Howard Zinn and the use of his book A People’s History of the United States in Michigan classrooms.

First published in 1980, A People’s History popularized “history from below” by emphasizing the struggles of those overlooked by mainstream historical accounts: indigenous people, African Americans, women, and working people. In the decades since its publication, this bottom-up approach to U.S. history has sold more than two million copies.

Zinn’s work is hardly a new target for right-wing censors. In an e-mail exchange with education officials after Zinn’s 2010 death, then-Governor of Indiana Mitch Daniels expressed relief that “this terrible anti-American academic has finally passed away” and solicited advice on how to keep A People’s History out of Indiana schools.

Colbeck is wrong to claim that the Left is on the march in America’s schools. It is the right wing, after all, that has been whitewashing U.S. history, from successfully lobbying for a more conservative AP U.S. History curriculum to banning ethnic studies classes in Arizona.

But he is right to be worried. A People’s History and its ideological successors do not merely question the shallow, uncritical nationalism Colbeck promotes. They offer documented examples of past social struggles that marginalized communities today can learn from and put into action. From its chronicling of the abolitionist movement to the labor wars of the late 19th century to G.I. resistance to the Vietnam War, A People’s History is a veritable instruction manual for challenging injustice.

This is far from hyperbole. In July 2013, inspired by Zinn’s analysis of how elites stoke racism to keep workers divided, the leaders of black, white, and Latino gangs in California’s Pelican Bay State Prison negotiated a truce. Together they launched a hunger strike for better living conditions that spread to 30,000 prisoners statewide, ultimately forcing the legislature to hold hearings on solidarity confinement policies.

All of which goes a long way toward explaining why Colbeck and his ilk are terrified by Zinn’s scholarship. When Colbeck claims that left-wingers believe “history is a weapon,” he is not simply objecting to the use of history to achieve political ends. He is voicing his fear that oppressed people will draw upon these lessons to dismantle the very structures of economic and racial oppression he and his colleagues seek to uphold. A more ringing endorsement of Zinn’s work could hardly be found.