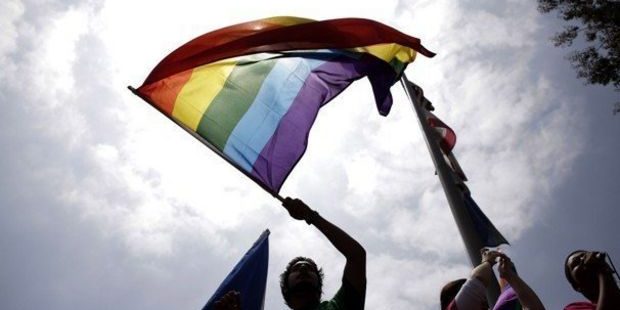 Last Friday was a historic day for America. With the Supreme Court’s Obergefell decision, marriage equality became the law of land. For some, this ruling was the culmination of a decades-long fight for equal rights. For others, it was bittersweet as the decision came too late for them to enjoy the freedom that has just been realized. For America, it was a reminder, despite being wrong on the issue for so long, that progress is still possible.

Two hundred thirty-nine years ago today, the Declaration of Independence announced our intention to govern ourselves. Our founders boldly declared to the world the radical idea that, “All men are created equal” and that our nation would lead the world in that cause.

Our nation clearly has not always lived up to that idea. Men who owned slaves signed the Declaration of Independence and it took a bloody Civil War to end slavery. The battle for civil rights since then has included many low moments in our nation’s history, from the rise of the KKK in the South to resist reconstruction, to Bull Connor and the fight against the civil rights movement. It continues to this day with the brutal murders in Charleston and the all-too-common burning of black churches.

But our nation has shown the promise of progress when people stood up to defend our ideals. Numerous heroes fought slavery on both the battlefield and in the political arena by standing up and declaring slavery to be wrong. Heroes like Thaddeus Stevens led the charge to pass the 13th, 14th, and 15th amendments – declaring our nation’s intention to not just recognize equality at creation but to strive towards equality in all aspects of life. Martin Luther King, Jr., and other leaders of the Civil Rights movement challenged us to live up to those ideals in a time of comfort for many in the post-World War II boom. Even today, heroes like Bree Newsome continue to bravely defend our nation’s ideals. Progress is America’s promise.

Other movements have proven that progress is possible and have taught us that it takes Americans who are willing to stand up to make it happen. Women didn’t earn the right to vote until 1920 – a full 144 years after the Declaration. But the fight for equal rights for women didn’t stop there. Roe v. Wade took another 50 years after women’s suffrage to give women a right to control their own reproductive decisions. Today, the fight for women’s equality takes place in the fight for equal pay and the battle to stop efforts to overturn rights already realized. Progress is America’s promise – but we know that it is not always honored.

Workers’ rights have not always been realized in our nation. The passage of the Wagner Act to allow working people the freedom to organize was signed on July 5, 1935 – 159 years and a day after Jefferson’s words of equality rang out. The passage of the bill didn’t guarantee worker freedom; it only gave heroes like Walter Reuther, Albert Shanker and workers across the nation a fighting chance. Progress is America’s promise, but too often we’ve allowed that progress to be rolled back by groups that believe equality looks nice in the National Archives on parchment paper but not so nice in the real world and on enforceable contracts. It’s going to take more heroes to realize and restore worker rights. But that’s fine – progress is America’s promise.

Today, there are still those who fight against freedom, whether it’s those like Todd Courser who can’t accept that God truly created us all equal, or racists who still rally around a battle flag more than 150 years after its defeat, or Phyllis Schlafly and her allies fighting against progress for women, or groups like the Mackinac Center and other corporate front groups fighting against the freedom to organize. The good news is that just like those on the wrong side of history, today’s opponents of freedom, equality and our American ideals will be relegated to the same status as their predecessors – but only if we do our part.

Progress is America’s promise, but we’ll only move forward if new American heroes – often reluctant heroes – stand up and rise up and turn that promise into our reality. Heroes like Bree Newsome, like April DeBoer and Jayne Rowse, like the countless fast food workers fighting for living wages and union representation and everyday heroes like you and me. Progress is America’s promise, but progress takes time and cannot be achieved by one person acting alone.

Although I wish it had happened earlier, I’m not sad that it took 239 years from the Declaration of Independence for our nation to get marriage equality right. The beauty of our nation is that we can change, we can do better, our job is to continue the fight together to make “All men are created equal” not just an ideal but also a reality.