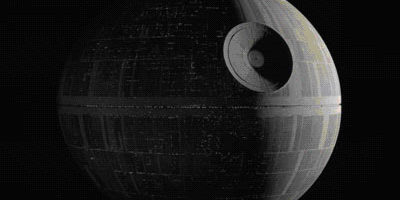 Legislation passed in the House of Representatives this week would essentially eliminate the ability of local government to hold businesses accountable for how they treat their employees and interact with communities. HB 4052, also known as the “Death Star Bill” due to its unprecedented reach and broad effect on local communities, has grown deeply unpopular with local governments and is out of step with the priorities of Michiganders. But that hasn’t stopped Republicans in the legislature, at the behest of corporate lobbyists, from continuing to move it forward.

The bill seeks to stop local government from passing new ordinances, as well as invalidate existing ones, that have to do with the relationship between employers and employees. In other words, local elected officials would be completely stripped of their ability to pass things like paid sick day guarantees, minimum wage increases or workplace protections. In fact, before being pressured to remove it, the bill included a provision that would have nullified nearly 40 anti-discrimination ordinances designed to protect LGBT citizens from employment discrimination.

But those are just the obvious problems with the bill – the language of this legislation is so broad that both its crafters and those it will ultimately affect can’t be fully aware of its future implications.

Republican lawmakers say employment policies should be standardized by the state, yet they aren’t doing anything to bring them into existence at the state level.

Michigan law doesn’t guarantee workers the ability to earn paid sick days, it doesn’t provide for a decent living wage, and it certainly doesn’t protect the LGBT community from employment discrimination. Thankfully, Michigan’s local governments have been filling the void.

I would say that stifling progress seems to be the only thing that will elicit any effort from Republicans these days (the roads sure aren’t) but then I would be ignoring their true motivation.

Here’s a breakdown of the donations that the House Commerce and Trade Committee members, the committee that approved the bill before it went to a full House vote, received from corporate lobbyists that support the bill. In all, the 11 Republican lawmakers who voted for the bill in committee received at least $138,300 in corporate contributions.

It’s a sad state of affairs when Republican lawmakers place the interests of their corporate backers above those they claim to serve but we don’t have to put up with it.

Contact your state Senator today and tell them to do their job instead of punishing local elected officials for doing theirs!