The Contract of Contradictions 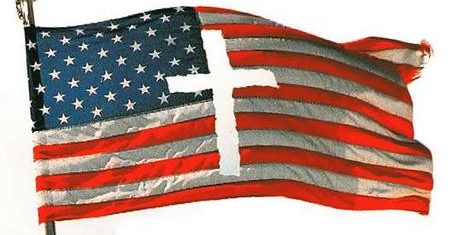 You thought conservatives in our legislature over the last four years were bad? Well, say hello to two of your newly elected State House representatives, Todd Courser and Cindy Gamrat.

Courser and Gamrat are the poster children for the Right’s Dominionist Movement in Michigan and they let us know it every chance they get – most recently in their response to the Governor’s State of the State address. Dominionists believe the United States should be a Christian nation, generally do not recognize the equality of other religions, or even other versions of Christianity, and believe that “biblical law” should be the foundation of American law.

Reps. Courser and Gamrat also hate government, which is ironic since they have chosen to make a career out of being members of it.

Conservatives like Gamrat and Courser like to minimize the role of our elected leaders to a tired three-word phrase – “tax and spend” – while seemingly forgetting that they too are members of the institution they seek to dismantle. They espouse liberty for all while advancing the interests of the privileged few. From what I’ve read, their discourse suggests that they have no real understanding of why our government exists or how it works.

Not only is Gamrat and Courser’s rhetoric completely hypocritical, like when they state in the “The Contract for Liberty” that, “There is no more fundamental right than to be free from government intrusion into the intimacy and privacy of our own bodies,” while simultaneously advancing legislation that limits a woman’s freedom to make decisions about her own body, it also directly opposes the values of the progressive movement.

In the real world, where progressives live, we elected representatives to work with us to provide opportunity, freedom, and justice for all, not to demolish the very programs with which we work together to achieve that vision.

When you ride your bike or go running through your favorite local park, you’re enjoying a space that was built and maintained by you and your local government. When you drop your rent check in the mailbox, you can rest assured it’s probably going to get to where it needs to go thanks to government postal delivery employees. Past elected officials worked together with citizens to create that public university whose football team you root for every year. When you think about your favorite teacher, odds are that teacher was an employee of a government-administered public school.

It wasn’t extremists, destructive industries, and out-of-control-capitalists like the DeVos family who built this state; it was Michiganders working together through our government. It is through government that we will continue to work together to create strong communities, solve problems, protect our families, drive our economy forward, expand justice and opportunity for people of every gender, race, religion, income and sexual orientation, and hold accountable the wealthy and well-connected that we can’t stand up to alone.

Government is not some far away compound filled with bureaucrats who plot to destroy our country, our government is how we as a society decide what is important to us and gives us the means to make that vision a reality.