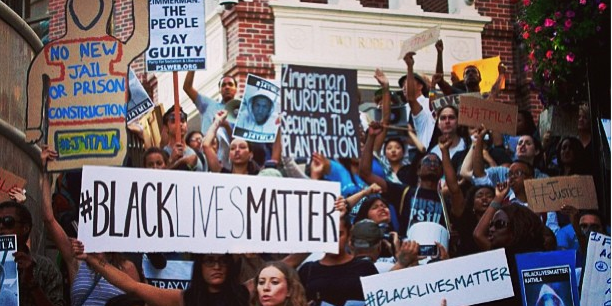 I don’t mean to downplay or disrespect the power of people who faced down police dogs, fire hoses and mob violence in the fight for civil rights and it’s not just because I’m a media jackal that I’m playing up the role of the media, but I don’t want to even try to imagine that fight without the attention of TV cameras and newspapers. It was a hard enough struggle in the relative “daylight.”

I believe Jim Crow segregation would have been defeated, eventually. But, without the media spotlight, this year might have only been the 40th or maybe even the 20th anniversary of the signing of civil rights legislation, not the 50th.

Now, 50 years after the signing of civil rights laws, racism overtly manifested in law is virtually nonexistent and, so too, is the media that I like to think began a “national conversation” about legal racism. There was nothing magical about the three-network oligarchy that exposed the brutal aftershocks of slavery. There was plenty of cringe worthy coverage that would make us glad the media has evolved. But what the media oligarchy didn’t kill when it died was the need for continued national conversation about race.

The deaths of Michael Brown, Trayvon Martin, Eric Garner, John Crawford III and others make those conversations necessary. We need to talk about how Darren Wilson, George Zimmerman, Daniel Pantaleo and Sean Williams respectively killed the black men named above. All of the victims were unarmed except for Crawford, who was killed while talking on his cell phone with an air rifle slung over his shoulder.

We need to discuss the fact that the salaries of the killers were supplied in part by the victims, except for Zimmerman, a wannabe cop. (The fact that I help pay cops’ salaries is salt in the wound when I think back on the times I have been “mishandled” by cops, black, white or Latino). We need our assumptions and conversations about race and the historical reality of bigotry to go beyond our Facebook friends.

That may be the only way we even come to agree on relatively superficial antidotes to racist killings by police. Cops are like coal miners. We send them out to do the ugly work that makes our lives possible. Even if slavery had never happened and racism was far less of an issue in the U.S., we would still need to support police with better training, therapy and long vacations. But the ills we still live with from the history we have inherited make this support even more necessary.

I don’t know what kind of support you supply to prosecutors who abuse the grand jury process, as did St. Louis County’s Robert McCulloch. McCulloch passed the buck to the grand jury and then, contrary to how most prosecutors treat grand juries, supplied them evidence that led them to allow Michael Brown’s killer to walk.

I think we are back to that national conversation and the conundrum of the media silos in which we operate.

We didn’t all suddenly come to realize that everyone was worthy 50 years ago because we all consumed similar media. The country was fractured based on geography, race, class and lived experience. What was different was that we had more media in common and fewer media sources that mostly reinforced what we already believed as with cable and the Internet. The cure for racism includes discussion and discussion requires some common ground and airing of assumptions. The media silos that we consume and operate in stymie all of that.

Add to that the fact that the more tangible target of Jim Crow laws has been removed, and it becomes clear that we are dealing with a very different animal than when most of the nation saw footage of armed police attack peaceful, unarmed civil rights marchers crossing the Edmund Pettus Bridge in 1965.

The racism we see nowadays isn’t as obvious as a law on the books. It shows up more in things like patterns of behavior, in the cases noted above by a pattern of unarmed black men being killed mostly by police (and those cases don’t even include the older cases of the assaults of Abner Louima and Rodney King and the death of Amadou Diallo, all from the ’90s).

The fact that some people refuse to recognize the pattern as such means that we desperately need to talk. Lives and our national fabric are in the balance.