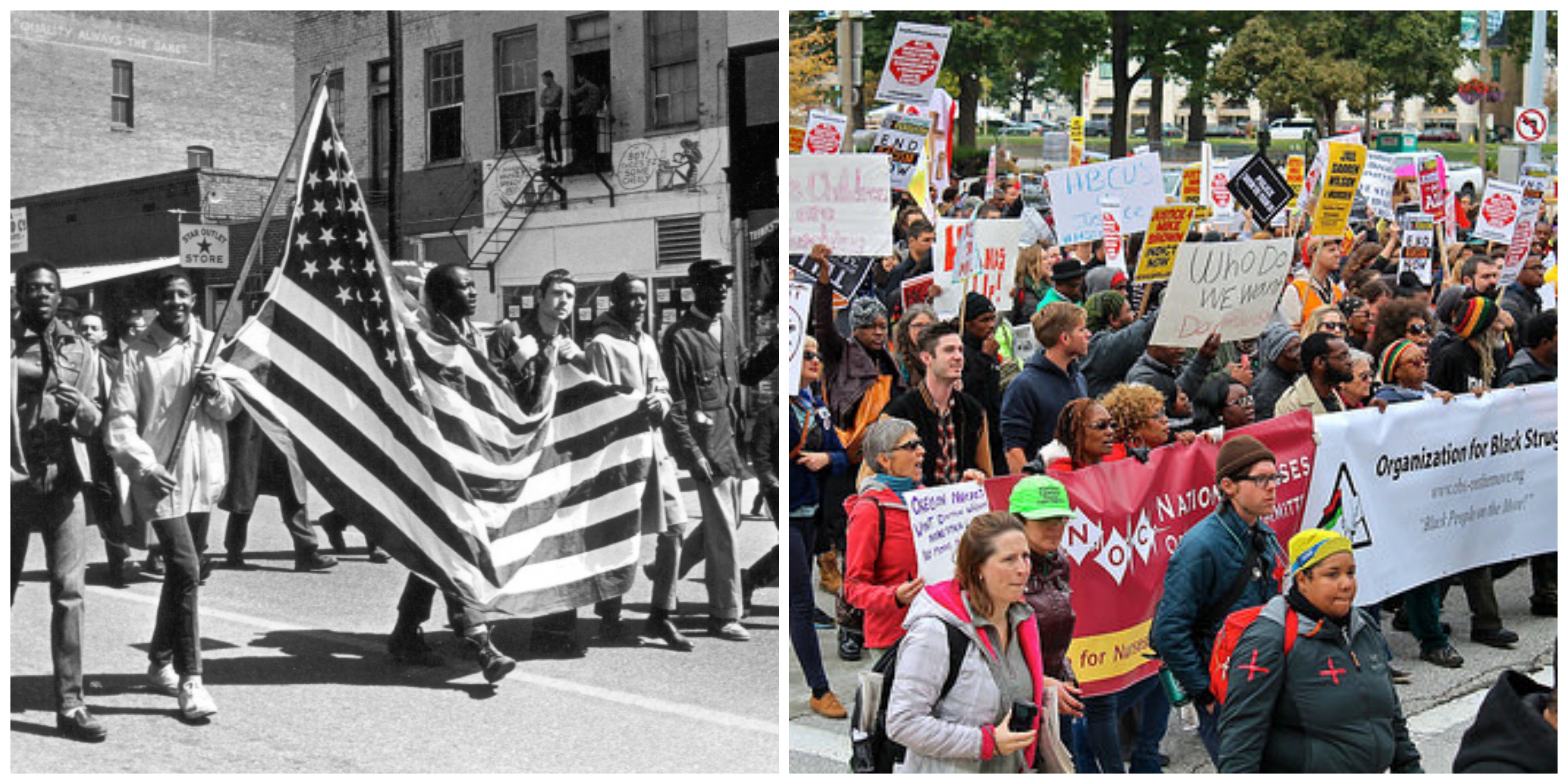 As I sat and watched the events unfold in Ferguson last night I was filled with many emotions. As a parent, my first thoughts were with Michael Brown’s family and the pain they’re enduring as they not only bury their son, but as they received word that their son’s killer would not be brought to trial.

My emotions were clouded with feelings of guilt and hopelessness. As outraged as I was by the decision in Ferguson, I couldn’t find the words to express it. I, like many white people I know who truly care about justice and equality for all, didn’t know what to say or do. I imagine it feels like the few white people in the photographs of the Selma marches, embarrassed and distraught by the actions of a few who believed they were superior, but determined to be a part of the solution.

I have never been more aware of the fact that the color of my skin means that my rights will be respected more than others than in the past few years. The deaths of Trayvon Martin and Michael Brown have made me think more and more about the role race plays in our everyday lives. I thought about my friend who has two biracial sons that are close in age to my son. More specifically, I thought about the challenges they will face in life that my white son will never experience, just because of the color of their skin. Then I felt helpless because I had no idea what I needed to do to make a change. In this line of work, usually when there is a problem we look for a legislative solution, or provide public pressure to change a policy, but racism is so deeply engrained in this country that we have to change more than a law or an elected official.

I wasn’t in Ferguson when Michael Brown was killed and I have no firsthand knowledge of what happened that day. Many fall into this same category, and yet, as we heard the decision of the Grand Jury, we immediately felt that justice was not served. To be honest, I wasn’t surprised by the decision, but I had been hopeful, like many others, that just once we would get it right.

I was hopeful that we could show the value for human life, a black life, brown life or white life. The color before the word shouldn’t matter. As Americans we’re supposed to value all life.

America is great because upon your birth you are given the same opportunity to succeed no matter the color of your skin, sexual orientation or disability status – or at least that’s how it’s supposed to be.

In America, we want our kids, all kids, to have it better than we had. Sadly, my delusion that we live in a country where everyone is treated equally faded to the stark reality that America has not yet moved past deep-rooted racism that prevents that dream from being a reality. It only takes a quick perusal of the comments sections on most posts about President Obama to see what I mean.

The first part of fixing this problem has to be recognizing that we have a problem. I hope that if there is any good that comes from Ferguson it is the recognition that we need to have honest conversations about race in this country. It won’t be easy, but it is necessary.

Until Congress and state legislatures, cities and towns have leadership that reflect the diversity of our communities we cannot truly move past the injustices that continues to plague black America. Until we are willing to have the hard conversations that make many of us uncomfortable, discrimination will continue. I join the chorus of voices saying this must end. Black lives matter, Brown lives matter, ALL lives matter.