The Stories Speak for Themselves 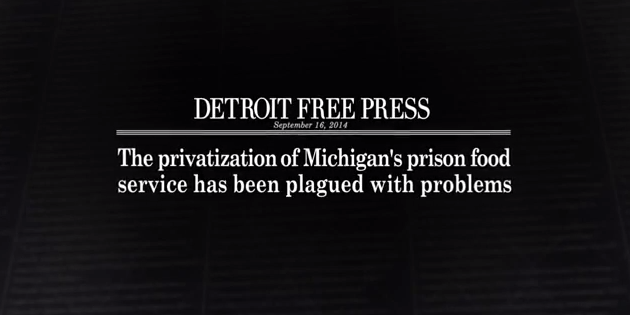 Today, we released an ad that shines a light on Gov. Rick Snyder’s failure to properly run Michigan’s prisons. The ad centers on the ongoing drama that has been the Aramark contract with the Michigan Department of Corrections. From questions about maggots, to drugs, sex and even murder-for-hire, Rick Snyder’s contract with Aramark has been nothing short of a disaster. Watch the ad below and ask yourself if Rick Snyder cares more about public safety or corporate profits.