Gotta get down on Friday 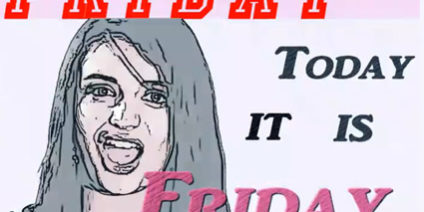 In politics, not much usually happens on Fridays.

However, for Governor Rick Snyder, last Friday (August 8) was one of those “Gotta get down” kind of Fridays where he was really looking forward to the weekend.

Friday was just an overall bad day for our governor.

The first news to drop was that Scott Woosley, the (now former) head of MSHDA, who was accused of racking up more than $200,000 in questionable expenses on the public dollar, wound up resigning less than 24 hours after the news hit the papers.

Both Woosley and the governor’s office insist he wasn’t forced to resign, but I’d imagine there was some arm-twisting involved from the likes of Dennis Muchmore.

Here you have a top-official resigning in disgrace after it came to light that he was abusing his position and betraying the public’s trust to the tune of hundreds of thousands of dollars and what does our “Tough Nerd” governor do?

He thanks the guy.

“The Governor appreciates all that Scott Woosley has done to further Michigan’s comeback. MSHDA, under the leadership of Scott, has done important work that is making a positive difference for Michiganders,” said a Snyder spokesperson.

I’m sure every employee that’s gotten canned for stealing from his or her employer has enjoyed a similar sendoff. Yeah, right.

Friday was a twofer in terms of Snyder news. We also found out that even more public resources will go to overseeing the state’s failed Aramark contract for prison food service.

Rather than do what we’ve called for and cancel the contract, Snyder decided to slap them on the wrist with a fine and let the contract continue.

Let’s imagine this situation involved a corrections officer that made $40,000 a year. Let’s say that corrections officer was responsible for smuggling drugs into a prison, sexual contact with an inmate or allowed maggots to get into the food — all real problems with Aramark.

This fine for Aramark would be the equivalent of fining that corrections officer $54.80 and allowing him to stay on the job. Would the public be OK with that? Would lawmakers? I think not.

News dumps like this aren’t uncommon on Fridays and sadly, neither is the expectation of cronyism and corporatist policies coming from our governor.