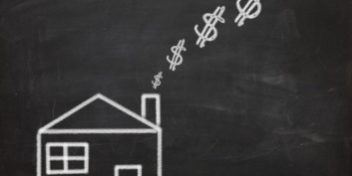 When taxpayers send their hard-earned dollars to Lansing they have an expectation that those dollars will go toward programs that benefit our state. We expect our gas tax dollars to fund our roads and we expect that tax dollars intended for education go to classrooms to educate our children.

A recent report in the Detroit Free Press details problems with laws that govern Michigan’s charter schools. Among other findings, the report found:

While there are numerous issues with charter schools, the fact that Michigan spends $1 billion on education without proper oversight should be a concern for all of us. We deserve to know how our tax dollars are being spent – especially when the funding is intended to be used actually educating our students.

Michigan’s charter experiment has been a failure by educational standards. However, if you are a charter operator that is focused on profits instead of education, then the charter experiment has been a smashing success. These charter operators, along with their allies in the legislature that have failed to require proper oversight, have moved us beyond mere privatization – let’s call it the “profitization” of our public school system.

Today, the Free Press followed up its report with the story of Summit Academy in Wayne County detailing self-dealing and conflicts of interest. This is just one example of charter operators using our tax dollars for self-enrichment at the expense of Michigan’s future.

The legislature should act and require real transparency from for-profit operators, give parents of charter school children more control over the operation of these schools and take a hard look at charters that have failed to deliver the promised results. These actions would send a strong signal that Michigan’s public education isn’t for sale.