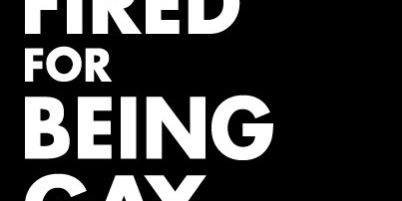 Apparently, that’s the only question Gov. Rick Snyder asks the big business community when they demand something from him.

Here’s a list of the jumping Snyder has done so far at the behest of the business lobby:

-Gov. Snyder gave big business a $1.8 billion tax giveaway that came at the cost of a $1 billion from our neighborhood schools and higher taxes on hardworking families and seniors. If that wasn’t enough, they’ve also asked for $600 million more in tax breaks through the elimination of the Personal Property Tax.

-Right to Work wasn’t on Gov. Snyder’s “agenda” until the Chamber of Commerce and billionaire donor Dick DeVos said to jump on it. It was rammed through without any public discussion or hearings.

-The restaurant lobby wanted to kill the Raise Michigan Coalition’s effort to raise the minimum wage to $10.10 and Snyder signed the bill that was fast-tracked in less than a day in an attempt to end the petition drive.

What does the corporate lobby want now? Believe it or not, it’s actually something worthy of our governor’s attention: Amending the Elliot-Larsen Civil Rights Act to include protections for gender identity and sexual orientation.

Gov. Snyder has a miserable track record when it comes to LGBT equality. He tried to ban domestic partner benefits at public universities, he has yet to drop his (and Bill Schuette’s) taxpayer-funded crusade against marriage equality and he’s dodged questions on whether anti-discrimination laws should be on the books in Michigan.

Only now — when his friends from the corporate boardrooms demand it — does he act (or in this case, speak).

From Jim Murray, president of AT&T Michigan and the leader of the Michigan Competitive Workforce Coalition:

“It is going to happen,” Murray said. “This is an issue that needed to bubble up from the business community for legislators to want to take it up. It would not happen without us telling them what we need. I have great confidence that this is going to be on their radar screen for the fall.”

Gov. Snyder doesn’t give a damn when progressives, sensible legislators and the majority of his constituents call for equality, but when the guys with the big checkbooks come calling, our governor starts warming up. Whether it’s handing them billions of dollars or advocating for basic human rights, Gov. Snyder has always — and will always — jump for his corporate donors before he jumps for the people of Michigan.