An Activist who Lived her Art 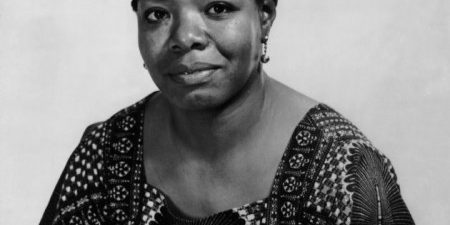 Today, the world is celebrating the life of Maya Angelou, and at Progress Michigan, we are doing the same.

Angelou was an artist whose work couldn’t be separated from her courageous activism. She was major writer in large part because she was able to recognize how the specifics of the struggle against racism and sexism are rooted in the universal struggles for human freedom and dignity.

This is evident in her eloquent autobiographies and in one her most famous works “I Know Why the Caged Bird Sings.” It was that same spirit she manifested years later when she delivered “On the Pulse of Morning” at President Bill Clinton’s first inaugural.

Maya Angelou was also a constant advocate for marriage equality, who eloquently stated, “To love someone takes a lot of courage, so how much more is one challenged when the love is of the same sex and the laws say, ‘I forbid you from loving this person?’”

She continued to speak out against injustice even toward the end of her life, recently tweeting in support of the return of the kidnapped Nigerian schoolgirls as well as their healing.

The many notables she counted among her friends that speak to her life’s work for justice included Oprah Winfrey, James Baldwin, Malcolm X and Martin Luther King Jr. In fact, virtually on the eve of MLK’s assassination, she had accepted an invitation from King to organize a march. What greater honor could be bestowed on an activist than to have such a request from of the great leaders of the 20th Century? While she garnered too many literary honors to note here, that is one that no other poet can claim.

Let us take a moment to remember Maya Angelou’s passion for justice as we work together to make our state and communities a better place for all.