A Tale of Two Rallies 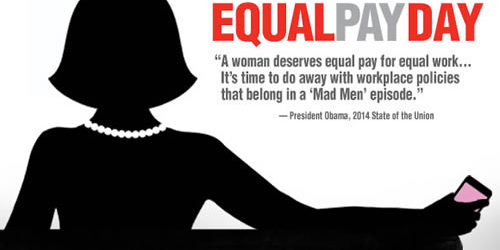 Today, I went to two rallies at the Michigan Capitol – both arguing for very different issues.

Outside the Capitol, about a hundred people were rallying to affirm their constitutional right to bear arms, demanding “liberty” and “freedom.”

Inside the Capitol, roughly several dozen men and women were supporting equal pay for equal work, demanding fairness for Michiganders, regardless of their sex.

One group was arguing for specific freedoms, another for basic fairness. It makes me wonder what the word “freedom” actually means today in the United States, and how we view fairness.

It is estimated that the women’s wage gap results in $15 billion dollars being left out of Michigan’s economy each year, and women have to work almost 25 percent more than men to earn equal pay.

At the gun rally, a woman speaker stated that “somehow” she was only given five minutes to speak, while all the other male speakers were given 10. It’s ironic that at a rally about rights and freedoms, basic fairness and equality fell by the wayside.

In fact, the two men behind me scoffed at her comment sarcastically said, “The War on Women.”

Today at the Michigan Capitol, you cannot bring a sign saying “Equal Pay for Equal Work” or get caught saying the word “vagina”, but you can carry a gun inside the Capitol.

Whose freedom is really in need of defense right now, who’s not being treated fairly? Women.

Perhaps equal pay for equal work should be taken as seriously as the Second Amendment. It should be considered a basic right.