Will you pledge allegiance to corporate America? 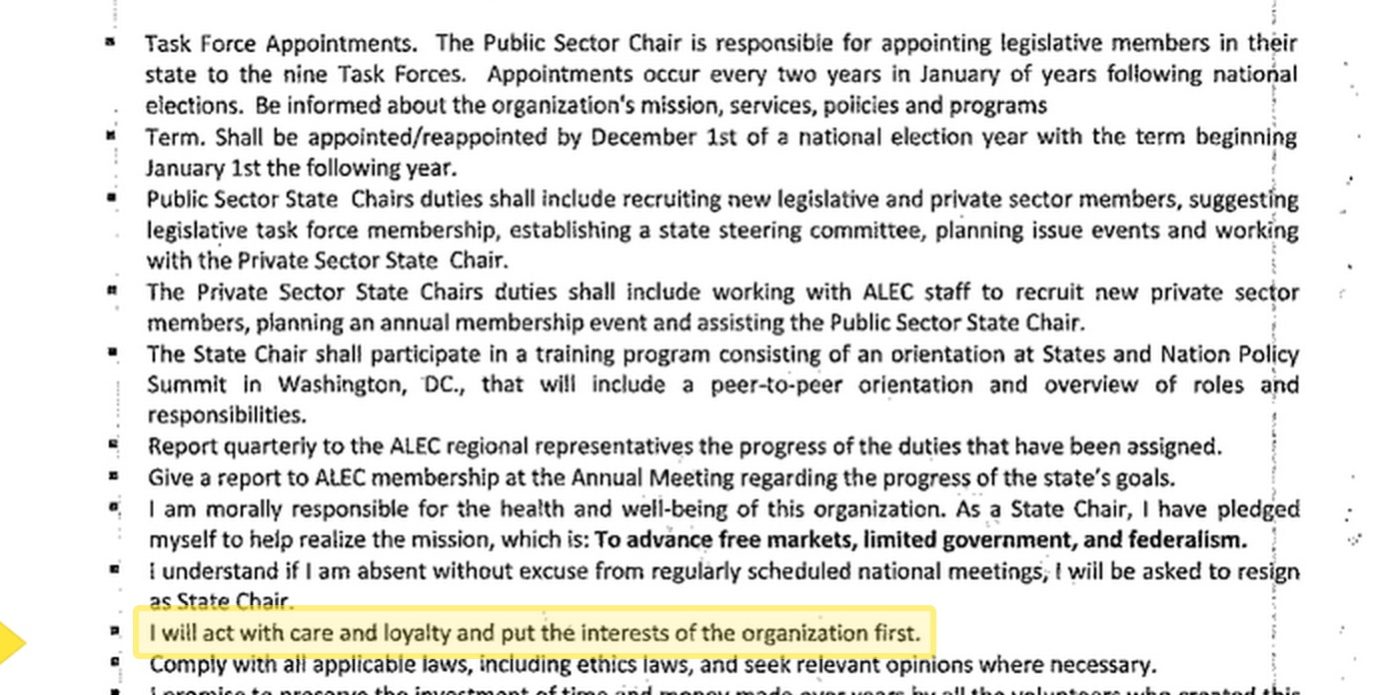 “I will act with loyalty and put the interests of the organization first.” Signed __________

This pledge was being shopped around internally by the American Legislative Exchange Council (ALEC) as something to send to their state chairs, which in Michigan includes Rep. Aric Nesbitt and Sen. Mike green, asking them to put corporate interests ahead of their constituents.

Not only is this pledge unacceptable, it’s un-American – and I don’t use that term lightly. Worse than being un-American, this pledge is decidedly un-Democratic and guts what our government is supposed to be: one of, by, and for the people.

ALEC still counts a number of powerful and important brands as members, and it’s well past time they stop funding this un-American and un-Democatic nonsense. And Rep. Aric Nesbitt and Sen. Mike Green, did you see the pledge and, as ALEC state chairs, would you sign it? Your constituents deserve to know.

A few more years, a few more legislators in their pocket, and pretty soon ALEC’s pledge will look like this:

I pledge allegiance to ALEC, and the corporatocracy for which it stands. One corporation, under Snyder, indivisible, with dividends and payouts for stockholders.