Don’t look behind the curtain

Progress Michigan released a report today that revealed what many Michiganders already know — that the Mackinac Center for Public Policy is a front group for right-wing extremists.

The Mackinac Center has always been a wolf in sheep’s clothing, and now there’s proof. The report HERE details how the Mackinac Center claims to be an independent, non-partisan think tank, however they are members of the State Policy Network, a national Koch-funded, ALEC-allied network of organizations. State Policy Network member groups advocate for a national agenda driven by out-of-state corporate actors. 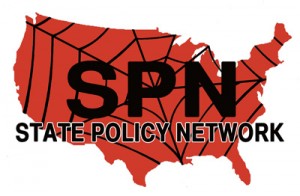 The bottom line? They’re trying to roll back the clock on progress to fatten corporate profits. This includes policies related to the economy, environmental protections, education, workers’ rights and access to health care. These measures are consistently harmful to working families.

Not only is the Mackinac Center working behind the scenes to sway public policy, they’re openly violating their 510c(3) nonprofit status by making donations to the Michigan Republican Party and the Livingston County Republican Committee.  This clearly violates the rules for a 501c(3).

The laundry list of questionable activities for the Mackinac Center include:

–Mackinac’s Slanted “News Service:” The Mackinac Center is also an affiliate of the Tea Party-linked Franklin Center, a consortium of conservative “news” outlets in over 40 states that are funded in part by the Koch brothers. Through the Michigan Capitol Confidential, the Mackinac Center pushes its right-wing agenda behind the mask of “journalism.”

The folks at the Mackinac Center don’t want you or other Michiganders to look behind the curtain, and see their intent when it comes to shaping the law.

We hope you think otherwise.