Stop-and-frisk the Koch Brothers, not Detroit 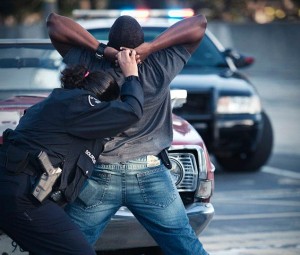 The fine folks of Detroit have already had their democratically-elected government stripped away from them by an emergency financial manager and now it seems the powers that be want to take away any semblance of civil liberties left in the city by pushing for a stop-and-frisk policy.

For the past year, the Detroit Police Department has been working with the Bratton Group and the Koch Brother-funded Manhattan Institute for Policy Research to advise them on implementing stop-and-frisk in Detroit, paying them more than $600,000.

The Manhattan Institute helped develop New York City’s controversial stop-and-frisk program. That program has only yielded three results: it’s ineffective, it leads to racial profiling of blacks and latinos and it was recently ruled unconstitutional by a federal judge. Quite the stellar record, right?

Stop-and-frisk won’t likely be used on the young professionals downtown or the hipsters that are moving into the city. And does anyone honestly think that the DPD will be stop-and-frisking Lions, Tigers or Red Wings fans on game day? No way. It will be the working class black and latino communities that will be the target of these types of unconstitutional discrimination and searches. That’s been the case in New York City, and Detroit would only lead to a similar — maybe even more disastrous — result.

Detroit’s crime problems cannot be solved by an unconstitutional, police state-like program. Detroiters need stronger schools, more jobs and control over their own destiny. And if anyone needs to be subject to random stop-and-frisks, it’s the Koch Brothers. In fact, you can tell the Detroit Police Department to stop-and-frisk the Koch Brothers, not Detroit!