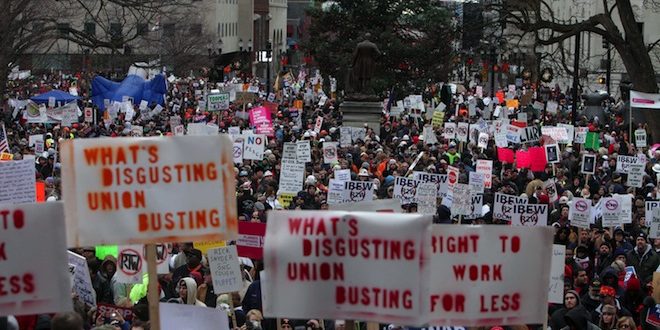 “Republican lawmakers are busy attacking unions and peoples’ right to assemble when they should be trying to create more jobs for Michigan’s workers,” said Sam Inglot, communications specialist at Progress Michigan. “Rep. Tom McMillin’s bill is nothing but an attempt to intimidate workers from exercising their First Amendment rights. Pickets, protests and mass gatherings that get out of hand are already illegal, so this bill is creating a solution to a problem that does not exist. Rep. McMillin and other Republicans should be less focused on attacking the rights of Michigan’s citizens and more focused on improving the state’s economy.”