As if the Great Lakes weren’t facing enough environmental challenges — like Asian carp or algae blooms — there appears to be another daunting threat to Michigan’s most precious natural resource.

This threat is miles away on the Canadian shore, but is one of the most formidable and clear dangers to the Great Lakes delicate ecosystem in our history. 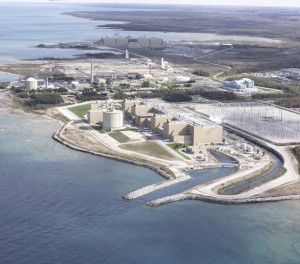 Canada’s Ontario Power Generation Company is seeking approval to build a nuclear waste dump less than a mile off the shores of Lake Huron. The site would store an estimated 7.1 million cubic feet of radioactive waste underground at a nuclear power plant in Kincardine, Ontario.

“This proposal is insane. It’s a declaration of war against the Great Lakes,” said Kevin Kamps, radioactive waste specialist for the Takoma Park, Maryland-based organization, Beyond Nuclear.

Radioactive waste specialists think this proposal is insane, and we agree.

The plan still needs approval from the federal government, but the time for action is now. Several state legislators have come out in opposition to the proposed dump site and the Senate even passed a resolution citing grave concerns about the plan.

The stakes are too high to gamble with our precious natural resource.

Let’s send a message to Canada and Michigan’s lawmakers; we’re going to stand up for what’s right. There is still time to voice opposition to the proposed nuclear waste dump. Join our collective call by signing this petition today.

You can visit www.stopthegreatlakesnucleardump.com for more information.