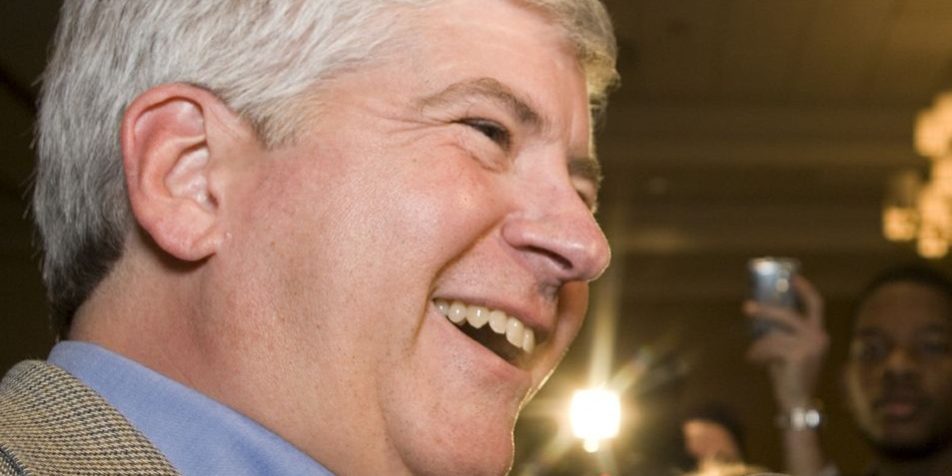 Lansing yawned when it was announced, months ago, that Gov. Rick Snyder was starting a few political funds – including his now-infamous NERD Fund, which isn’t required to disclose its donors.

A November 2012 report compared the non-profit, chaired by Republican booster Charlie Secchia, to similar funds operated by Kwame Kilpatrick and Bob Ficano. But at least Ficano discloses the list of donors to his non-profit. When Snyder was asked why he wasn’t practicing what he constantly preaches about transparency, he dodged with “we’ve got so many different activities.”

At the time, it was reported that the fund’s list of expenses included six figures on a security system and new furniture for the governor’s personal residence. But not until recently was it revealed that it actually pays the salary for Rich Baird, one of Gov. Snyder’s top aides, who orchestrated the failed “Skunk Works” scheme to help private corporations siphon tax dollars away from community public schools.

Typically, it’d be easy for us to say that the secret donors to this secret fund “could be” influencing state policy. But in this case, we actually have a governor who has actively encouraged selling public assets off to the highest corporate bidder, whether it’s incredibly valuable regional assets like the DIA or invaluable public assets like the hiring process for public school teachers.

Was the Governor’s six-figure furniture bill paid by Vectorform, InfoReady, or Billhighway, all of whom had employees sitting on the secret “Skunk Works” workgroup? Perhaps Aramark, who will now be managing prison food service despite an appalling record of food service and billing mistakes in other states? Rich Baird’s salary could be covered by J2S Group Healthcare, caught hiring employees for the Grand Rapids Home for Veterans on the cheap through Craiglist after firing 144 experienced caregivers.

After being caught lying to reporters about so-called “Skunk Works” in April, Gov. Snyder shouldn’t be surprised by the renewed interest in his shady dark money dealings. Now he must rebuild his crumbling credibility with the public by immediately coming clean on the NERD Fund.

After repeatedly promising accountability and transparency, do any of Snyder’s claims from 2010 still hold up?