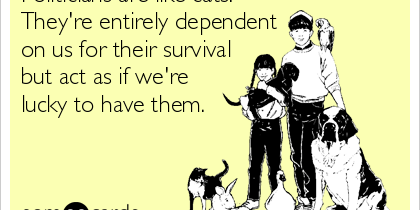 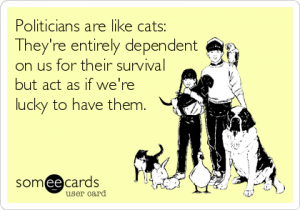 Politicians are like cats: They’re entirely dependent on us for their survival but act as if we’re lucky to have them. If movies have taught us anything, there are only two types of cats – the courageous and the cowardly. While our lawmakers have looked more the Cowardly Lion than the Courageous Cat lately, even the Cowardly Lion can act courageously.

Our democracy could really use the jolt of courage, too. This week, Congress revisited the Federal Reserve’s 2003 decision to let large financial institutions wheel and deal in physical assets and commodities like metal and oil. Previously, commodities were regulated under the working theory that The Public Good will eventually be sacrificed at the alter of personal gain and quarterly results. Handing over the keys to the kingdom is stupid, or as Jimi would say, “And so charts made of sand, fall in the sea, eventually.”

Like all great prose, time has shown it to be true. When corporations collude to game the market, everyone else pays the price. This past weekend, the New York Times revealed that Goldman Sachs and certain Wall Street players have been shuffling around aluminum in a price fixing maneuver that could ultimately cost us billions of dollars. Wall Street abused their privilege, and its time for Congress to hold them accountable.

But this is the most despised Congress in history we’re talking about – and these cats are cowards. Do they really enjoy being Wall Street’s reliable lapdogs? If nothing else, enforcing sound commodities purchasing policy is the perfect opportunity to check and balance the nearly unbridled power of corporate America while securing a better bargaining position for filling up the Ol’ reelection War Chest.

That’s what we call self-interest properly understood, because it has the added benefit of being good for America. Help us hold large financial institutions accountable by signing our petition today.