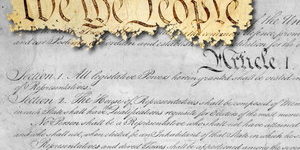 For many voters in Michigan, yesterday was Election Day. One Senate seat was up for grabs, and it was won by progressive state Rep. Jim Ananich (D-Flint) with over 75 percent of the vote. But far more voters had to decide whether they’d support new money for schools and local governments, which have faced billions in cuts from Lansing as Republican politicians implemented their slash-and-burn austerity agenda.

Polls had barely closed when it became clear that the night was a brutal loss for conservatives who would like to drown government in the bathtub. When the dust settled, 80 percent of school bond and sinking fund proposals had passed, and not one school district had lost a millage renewal election.

Of course, progressive voters and out of touch politicians aren’t newsworthy to anyone who’s been paying attention lately. A February 2013 Denno Research poll showed that 61 percent of Democrats, 59 percent of independents and 56 percent of Republicans said they’d be willing to pay more so the state could invest more in the roads, which Dennis Denno called at the time “markedly different than what is occurring in the state legislature.”

A February 2013 study by the Michigan Economic Center found that 64 percent of Michiganders agreed that the most important thing state government can do to support job creation is to invest in public services, education and infrastructure. Only 29 percent agreed with Republican dogma that tax cuts are the best way to create jobs.

Finally, a January 2013 study by the Center for Michigan found that the public’s top priorities for education reform were stronger support for educators, improving teacher preparation, and expanding early childhood education.

Despite conservative complaints that we’re “a center-right nation” and Michigan is “a purple state,” the public’s views on these issues are clear. Rather than continuing their mean-spirited attacks on the poor, working men and women, and their Democratic colleagues, Republican politicians should start listening to what the people want. Without a commitment to fixing our roads and bridges and investing in education, Michigan will continue our race to the bottom. If they don’t listen, you can be sure they’ll be held accountable at the ballot box next year.