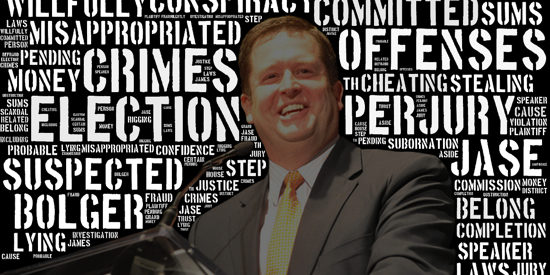 One year ago today, the election-rigging scandal now known as “Bolgergate” started to unravel.

On May 16, the day of the 2012 election filing deadline, then-Democratic State Rep. Roy Schmidt announced he was switching parties to run as a Republican, and an unknown amateur bodybuilder named Matt Mojzak filed to run as a Democrat. Bolger and Schmidt planted the fake Democrat on the ballot to rig Schmidt’s election by denying Democrats an opportunity to nominate a new candidate.

What seemed like a perfect plan started to crumble the following day.

Here are the top five biggest lies from news stories that were published on May 17, 2012:

As a reminder, Speaker Jase Bolger is still under an active grand jury investigation for his role in planning the Roy Schmidt election fraud scheme.

You can sign our petition telling Bolger to resign as Speaker here.