Top Five Victories During My First Year at Progress Michigan 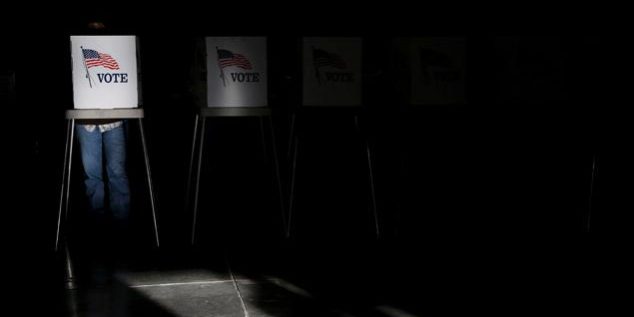 One year ago today, I started my job as Progress Michigan’s new Executive Director.

Progressive victories have been few and far between with Rick Snyder, Jase Bolger, and Ruth Johnson in power, but here are the Top Five Progressive Victories during my first year at Progress Michigan:

1. Ruth Johnson grants driver’s licenses to undocumented immigrants – We spent months working with our partners at Michigan United on a public media campaign putting pressure on Secretary Johnson to comply with President Obama’s executive order granting driver’s licenses to undocumented immigrants. After Johnson ran out of excuses, she announced plans to comply with the law on February 1.

2. Gov. Snyder vetoes school gun bill – One day before the tragedy in Newtown, Connecticut, Lansing Republicans approved legislation that would’ve allowed concealed weapons in schools, bars, stadiums, and day care facilities. We strongly urged Gov. Snyder to veto this dangerous legislation in a column for MLive – and to his credit, that’s exactly what he did. It’s not everyday that we find ourselves praising Gov. Snyder, but he deserves credit for doing the right thing on this bill. Thanks in part to Progress Michigan’s work on this issue, Republican leaders have put the bill on the back burner – for now.

3. Republican leaders kill personhood legislation – Last year a Republican committee held a hearing on two bills to provide tax credits for fetuses after 12 weeks of gestation. The irony was that these bills were introduced and co-sponsored by Republican politicians who had previously voted to eliminate tax credits for children who had already been born. Ultimately, the bills were a backdoor way of passing a personhood amendment, similar to measures that have been rejected by voters across the country. Progress Michigan worked with our partners at Planned Parenthood to draw public attention to this extreme legislation. Our work generated international news coverage, and created enough public pressure that Republican leaders in the legislature eventually killed the bills before a vote was taken.

4. Michigan rejects supermajority tax proposal – During the 2012 campaign, Progress Michigan partnered with labor, progressive, and community groups to launch the Michigan League of Responsible Voters, a ballot committee focused on educating voters about Proposals 1-5. While we were disappointed in the outcome of Proposals 2, 3 and 4, the defeat of Proposal 5 made Michigan one of the first states in the nation to reject a measure that would require a two-thirds vote of the legislature to increase taxes. This special interest tax proposal was bankrolled by billionaire CEO Matty Moroun and the Koch Brothers, and designed to protect corporate tax loopholes forever.

5. Debbie Stabenow defeats Pete Hoekstra in U.S. Senate race – Last year Progress Michigan launched our first TV ad in the U.S. Senate race, highlighting former Congressman Pete Hoekstra’s ties to Washington lobbyists, and his support for an extreme budget proposal that would privatize Social Security and Medicare. We were the first organization to air an ad after the August primary, and the only progressive group to air ads in the 2012 Senate race. Stabenow overwhelmingly defeated Hoekstra in the November election.