Sorry, Right-Wingers, If You Declare Ground Zero A Battleground, You Can’t Claim Baseball 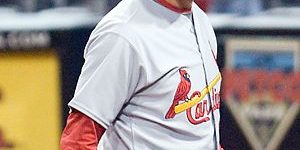 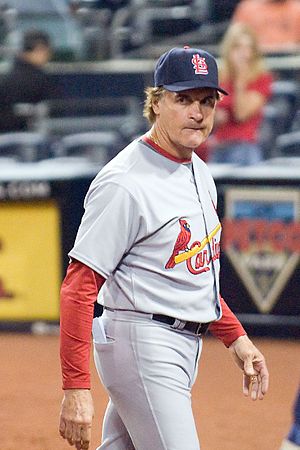 If there’s one thing that really, as my sister the decorated Army Sergeant says, “grinds my gears,” it’s appropriating something that doesn’t belong to you. That’s toddler tug-of-war shenanigans, and it’s got no place in reasoned adult life.

Except the people doing it aren’t capable of that kind of reason.

Case in point: Last weekend Glenn Beck, he of the crying jags and indecipherable chalkboard conspiracy theories (Lincoln had a secretary named Kennedy! That’s it! Obama killed Honest Abe!) attempted to appropriate one of the most storied dates in American civil rights history (the Great march on Washington) by bring a cavalcade of crazy white racists into the nation’s capital.

Let’s pause for a second and talk about what a stupid, stupid, STUPID idea attending the rally is for Tony and Al. It’s not that I’m expecting Tony to suddenly develop a sense of good judgment – he’s been nabbed for drunk driving, he looked the other way when Mark McGwire was ‘roiding, and then he HIRED McGwire to teach his team to hit (AMAZING, I know) – it’s that he should have just NOT DONE IT because men like Beck promote radical ideas that insult his players. After all, if the Arizona-style immigration law becomes the de facto rule for all states, Major League baseball players (with its heavily immigrant Latino population) would be the ones producing papers every night after the game, not Tony.

All that aside, let’s look at how dead wrong the assertion of the writer is here.

First, she says that baseball is “inherently American and merit-based.” I would submit that American-born players in the MLB are hardly the majority. On Opening Day, 2010, nearly 28 percent of MLB players on teams’ rosters were born outside the U.S. I would also submit that baseball is less merit-based than it is buyer-based, where teams with the largest pocketbooks (Exhibit A, New York Yankees) have the best rates of success. I would also submit that while the author attempts to cast baseball as an almost Ayn Rand-ian sport, where the best men are elevated above the rest in Galtian fashion, baseball is the most socialist of sports.

Take a look at this year’s Detroit Tigers for proof. Miguel Cabrera’s undeniable success and prowess does not mean that he will go to the World Series, or even, it appears, the playoffs. His success, such as a home run, is attributed to his entire team in the form of a run that will be credited to the ENTIRE TEAM at the end of the game. The final box score, in other words, is never “Miguel Cabrera 5, Minnesota Twins 2.”

Baseball, much to the chagrin of the author, is actually the most socialist sport known to man. Unlike soccer or hockey or basketball, one player cannot dominate a game. Outside the home run ball, nay run that scores must be the result of the combined, unified effort of 9 men, as is every out.

Win as a team, lose as a team.

Is that really conservative, with its emphasis on the one (Glenn Beck) over the many (the economically repressed fans conned into turning their retirement funds into gold bars)?

I’d agree with Russ Smith who suggested that this silly “conservatives own baseball” argument was the most asinine article on the web Thursday. Especially when one of the articles conservative baseball experts rattled off a list of (gasp!) liberal baseball fans in answer to the absurd question from the author.

Mr. Madison, what you’ve just said is one of the most insanely idiotic things I have ever heard. At no point in your rambling, incoherent response were you even close to anything that could be considered a rational thought. Everyone in this room is now dumber for having listened to it. I award you no points, and may God have mercy on your soul.