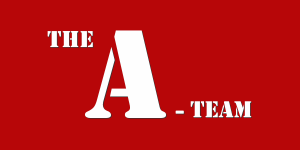 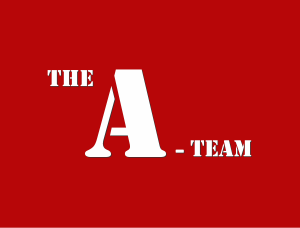 Seeing convention Chair Brooks Patterson called an “asshole” Saturday by
angry, shouting tea party delegates at the Republican State Convention
reminded me that comparisons to the last big takeover of the GOP–in the
1980s–only go so far.

The evangelical
Christians who 30 years ago organized themselves into virtual control of
the Michigan Republican Party may have been every bit as right-wing as
their 2010 tea party counterparts.  Certainly they were arrogant and
moralizing. But profane and rude they were not.
For profane at a Republican convention in the 1980s you would need L. Brooks Patterson,
the hard-drinking tough-talking Oakland County executive who 30 years
later stood meekly at the podium in East Lansing, shuffling, turning,
looking for help and letting the shouted insults of his newest fellow
Republicans wash over him like warm spit.
Perhaps it’s because Patterson has gotten Jesus or sober or wiser or all of the above.
Or
maybe he just smells the aroma of November victory in those sweaty,
beer-swilling, potty mouth tea partiers who were angry at not getting
their way with convention rules.
In the end,
the tea partiers, allied with the for-hire establishment Chuck/John Yob
GOP consulting machine, got their way and tossed incumbent MSU trustee
Don Nugent out and nominated a far-right former football player, Mitch Lyons, to run for the MSU board.
It’s
easy to see how Lyons won.  He had the establishment vote because he
plunked down some campaign cash for the Yobs, who seemed to control
about 1,000 delegate votes Saturday.  And the tea party loves him.
Which goes to show you that tea partiers aren’t entirely opposed to
assholes, as long as they promise to act like one if nominated.
Lyons
does. He vows to rid MSU of liberal “social engineering” and install
conservative values at the one of the nation’s premier drinking–I mean
land grant–colleges. He was nominated after Nugent was attacked and
booed by tea party delegates for having supported an anti-discrimination
policy adopted unanimously by the MSU board of trustees. Promises were
made that Lyons would do no such thing if elected.
That was enough to put Lyons on the tea party A-Team–candidates supported by them and the establishment assholes.
Ruth Johnson and Bill Schuette also made the A-Team, winning tea party and establishment support.
Johnson had to work a little harder than Schuette to prove she was qualified for the Republican A-Team.
Johnson,
who early in her political career told me she was nod, nod, wink, wink
not really a conservative Republican, has now been fully lobotomized.
She put up a scary video vowing to protect voters against a radical
group that isn’t in Michigan and literally no longer exists (ACORN), and
warned that one of America’s leading capitalists, George Soros, might slink in and steal elections unless voters put her in charge as Secretary of State.
Her
ace in the hole–so to speak–was former state Rep. John Pastor, who
last week distinguished himself by being slapped with a $35,000
pollution fine by none other than Attorney General Mike Cox.
It took two ballots but Johnson made the Republican A-Team.
Share this post
Share on FacebookShare on Facebook TweetShare on Twitter Share on LinkedInShare on LinkedIn