New Report: Strait to the Surface: How the Mackinac Straits Corridor Authority Puts Canadian Oil Interests Above All Else 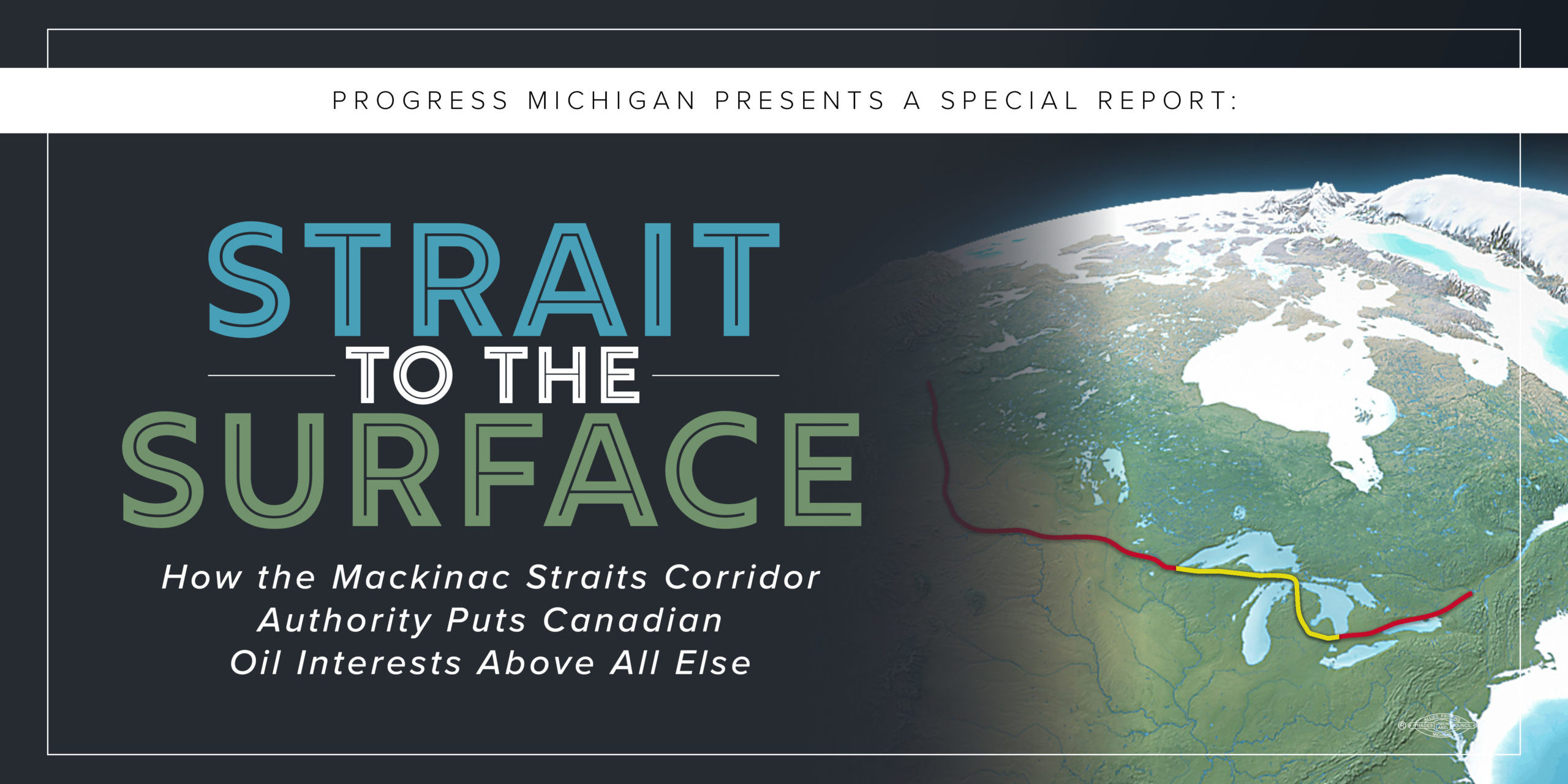 New Report: Strait to the Surface: How the Mackinac Straits Corridor Authority Puts Canadian Oil Interests Above All Else

MICHIGAN –– A new report, compiled by Progress Michigan, dives into the history of the Mackinac Straits Corridor Authority and its flawed decision making on the Line 5 tunnel project.

“Line 5 is often in the news and on the airwaves, and most of the time, Michiganders are only getting Enbridge’s side of the story,” said Lonnie Scott, executive director of Progress Michigan. “The public and our lawmakers must understand how the cards have always been stacked in Enbridge’s favor, thanks to a years-long pressure campaign from the powerful oil and gas lobby.”

The full report, titled Strait to the Surface: How the Mackinac Straits Corridor Authority Puts Canadian Oil Interests Above All Else, is available here. Highlights include:

The report comes on the heels of the release of Progress Michigan’s latest edition of Lake Effect, a polling newsletter, which shows that a majority of Michigan voters support elected officials who hold corporate polluters like Enbridge accountable for harming the Great Lakes.

“It’s clear that we don’t need Line 5—even Enbridge’s own experts found that we can decommission the aging pipeline and keep gas prices in check,” Scott continued. “As the Michigan Public Service Commission just required Enbridge to turn over more information about the safety and engineering concerns with the Line 5 tunnel, this report will serve as a good reminder that this oil tunnel should never have been considered a viable option to begin with. And if the legislature wants to act, they should repeal the law they made that established the Mackinac Straits Corridor Authority and this recipe for disaster.”