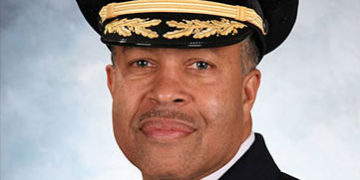 MICHIGAN – Following the announcement of former Detroit Police Chief James Craig’s Law Enforcement Action Team (LEAT), Progress Michigan submitted Freedom of Information Act requests to the county sheriffs and prosecutors who issued statements of support or were otherwise publicly involved, to determine if public resources are being spent on a political campaign. Several of those FOIA responses show cause for concern.

Craig’s LEAT task force is clearly linked to his gubernatorial campaign: the original press release is housed on his campaign website and directs readers to a petition at BackMIBlue.com, which redirects to Craig’s campaign WinRed fundraising page; and at Craig’s August 23rd LEAT event, Craig was surrounded by “Chief James Craig for Governor” signs.

“Craig is pulling elected officials into his campaign and the public has a right to know if our tax dollars are going to help further Craig’s political career,” said Lonnie Scott, executive director of Progress Michigan. “This law enforcement task force seems to be a publicity stunt at best and an illegal use of public resources at worst. If our sheriffs, prosecutors, and other elected officials are going to be involved, there need to be clear lines between their public office and their personal political activity.”

The following records show an intermingling of public resources and the sheriffs’ involvement in Craig’s political campaign:

The involvement of elected officials in Craig’s campaign raises many questions the public needs answered: