New Report: The Big Lie Persists in the GOP Base 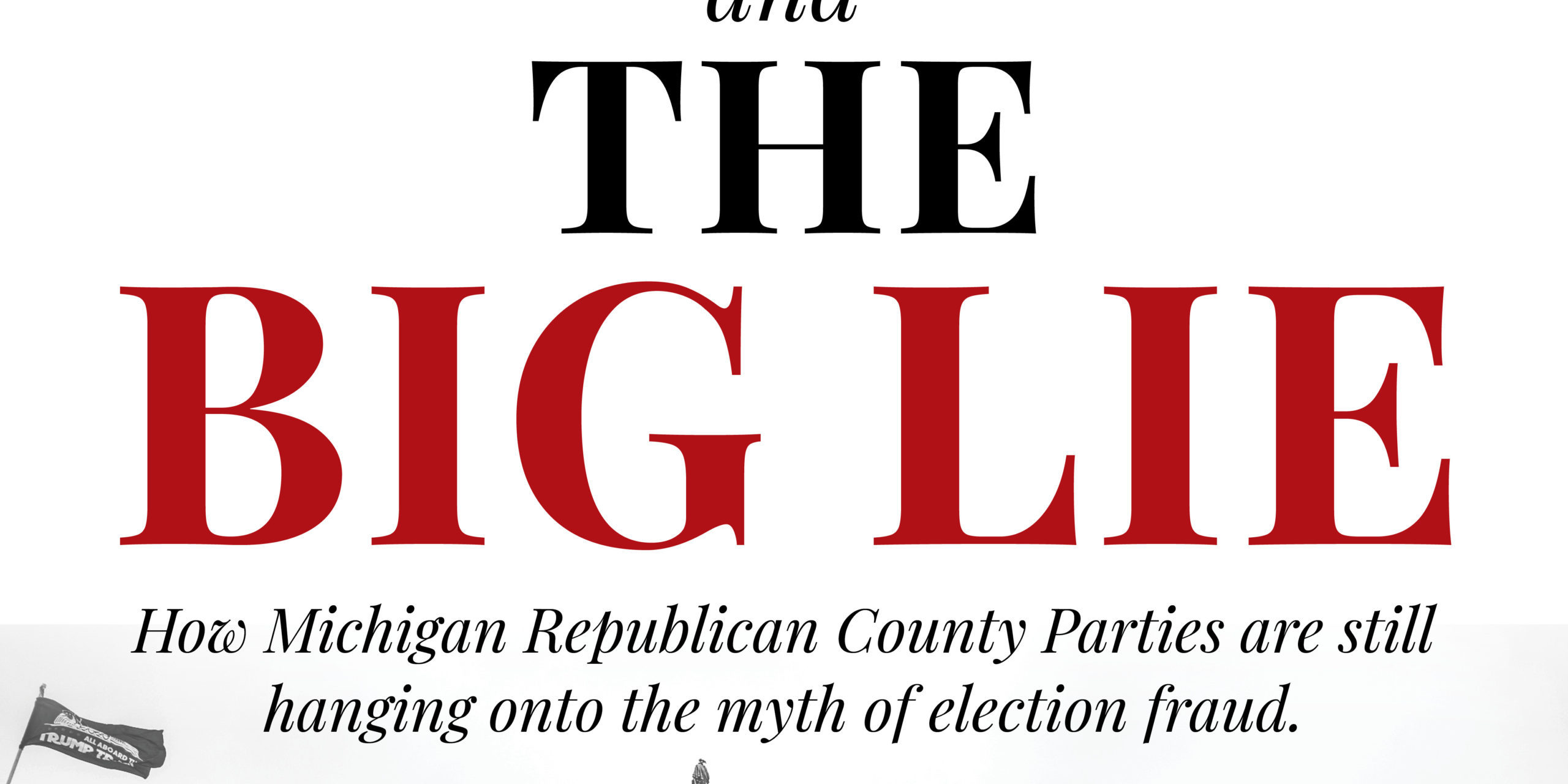 New Report: The Big Lie Persists in the GOP Base

Republican legislators’ efforts to distance themselves may be too little, too late

MICHIGAN – A new report compiled by Progress Michigan analyzes social media posts from local Republican parties across the state to illustrate just how prevalent the Big Lie remains in the Michigan Republican Party. Despite efforts by state legislators and other prominent Republican officials to distance themselves from the conspiracy theories they helped amplify earlier this year, it may be too late for them to contain the rot and corruption that has taken hold of the GOP infrastructure.

“After more than six months of bogus election hearings and efforts to amplify conspiracy theories, Republican lawmakers like Ed McBroom and Mike Shirkey are now trying to distance themselves from the Big Lie,” said Sam Inglot, deputy director of Progress Michigan. “But as this report shows, their tepid attempts to undo the damage the Big Lie has done to their party come too late to contain the spread of racist and undemocratic conspiracy theories in their base. Republican lawmakers and high-level officials have had countless chances to push back against the lies perpetuated by Trump and his allies and the violence that has resulted—but instead, they helped the disinformation spread. GOP leaders opened Pandora’s box last November, and they have only themselves to blame for the effect the Big Lie has had on their party.”

The full report is available here. Some highlights include: