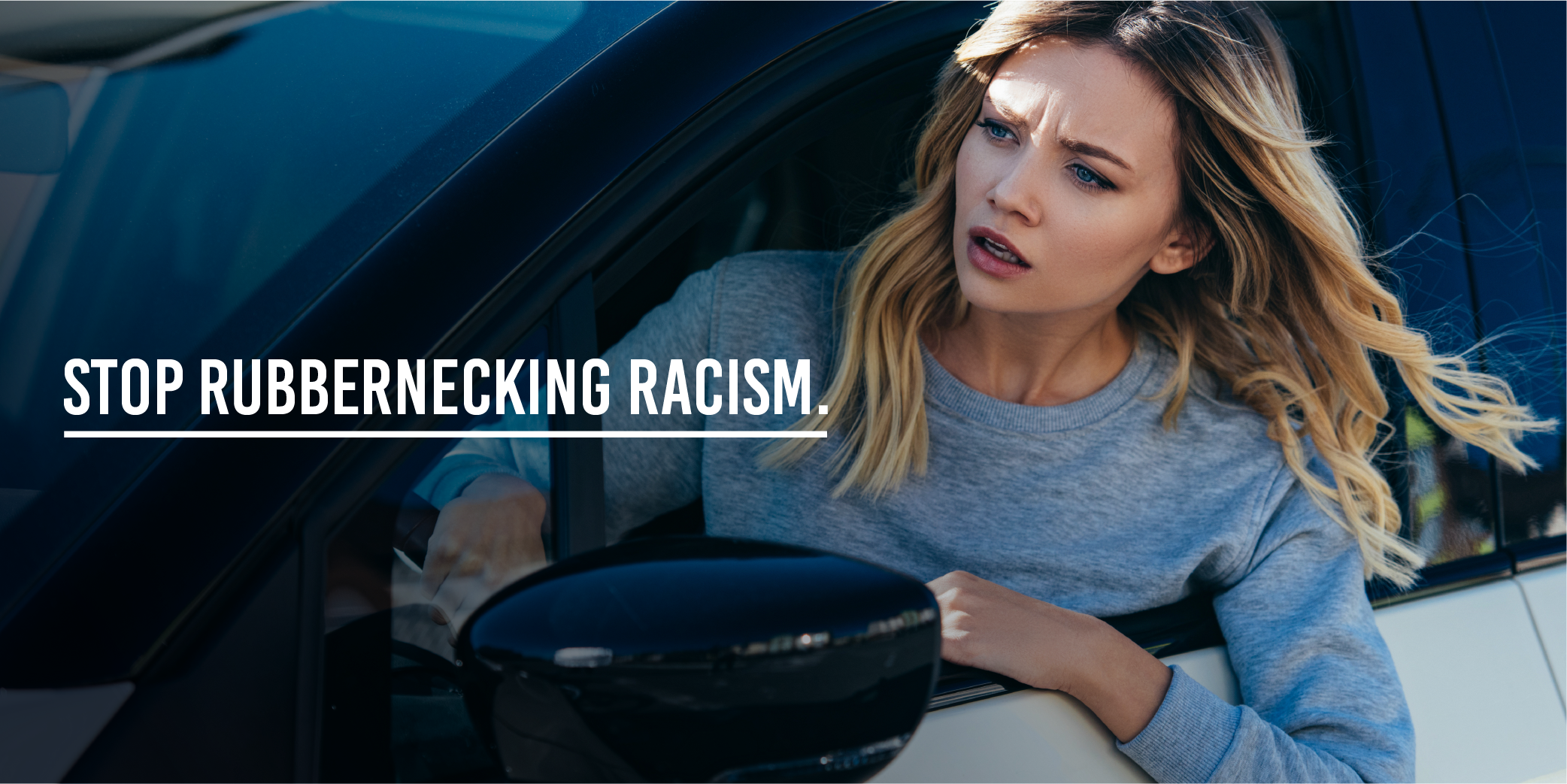 I will always remember when I saw a Confederate flag and swastika decal on a car zipping past me on the freeway. I was working as a field organizer in rural Michigan during the 2018 election, and I stopped right in my tracks. To see a clear message of racism and oppression fly right by me was shocking, but what could I do about it? After all, I was driving on the highway, and before I could think of what to do, that vehicle of hate was far into the abyss.

But in most instances when we encounter racism, we’re not driving 70 miles per hour in our car. It’s something we see up close and usually have to confront it head-on––that’s unless you choose to be a bystander. It’s time to be active in how we respond to racism in our communities. We have a responsibility to do so in this unprecedented time of violence and white supremacy to speak up for our neighbors who are constantly dehumanized by this culture just because of their identity.

For those of us in Northern Michigan, the uptick in racist violence and incidents is unacceptable. Speaking out against these heinous acts is crucial to coming together as a community. When we see Proud Boys being openly welcomed in government like the Grand Traverse County Commission, we must speak out against the sanctioning of violence. Otherwise, we run the chance of seeing a proliferation of more of the same.

When elected officials promote or stand by white supremacy, that sends a chilling signal to the community that this type of behavior is condoned by people in power. It’s no surprise then that since we’ve seen an open embrace of neo-fascism, children in our public schools send Snapchat messages about a “slave trade,” a second Holocaust, and anti-LGBTQ and ableist slurs.

Growing up, I never gave thought to how my privilege allowed some of the microaggressions and distasteful jokes I heard to fly past me, but this way of thinking was flat-out unacceptable. It’s not that difficult to see now how this degrading rhetoric and language plays into a broader culture that is systemically unjust. For those of us who may have grown up in majority-white spaces, understanding this link is crucial to how we advance equity and inclusion. Even in areas like Northern Michigan where Black, Indigenous, and people of color don’t have enough representation, we have an even greater responsibility to be vocal in demanding inclusivity and justice.