FOR IMMEDIATE RELEASE
News from the Coalition to Close Lansing Loopholes

LANSING — On Wednesday, the Coalition to Close Lansing Loopholes held a press conference at the Michigan Capitol to announce efforts to reform Michigan’s lobbying laws to be more transparent and accountable so that state government works for the people, not corporate lobbyists. It was also announced that the Michigan Nurses Association and Planned Parenthood Advocates of Michigan had joined the Coalition’s efforts.

“Michigan has some of the worst ethics and transparency rankings in the country, and a big part of that is because of loopholes in our lobbying and transparency laws. One of the main focuses of the Coalition to Close Lansing Loopholes is on reforming outdated state laws that have allowed lobbyists to run the show in Lansing,” said Lonnie Scott, executive director of Progress Michigan. “Our communities deserve things like safe roads, clean water, and quality public schools—but for too long, corporate lobbyists have stood in the way of the progress Michiganders deserve. It’s time we took real steps to check their power.”

At the press conference, some of the broad lobbying reform goals of the Coalition were outlined, including:

“At Progress Michigan, we’ve seen over the years that many Michiganders have lost faith in our government and don’t trust our elected officials to work for them instead of corporate lobbyists,” Scott continued. “It’s time we worked to restore faith in government by reining in the out-of-control lobbying culture in Lansing.”

The Coalition also unveiled a new mascot for the effort in the form of a walking pie chart that serves as a representation of how big businesses in Michigan are not paying their fair share in taxes to help pay for the state’s priorities like schools, roads, and clean water.

“We see lobbying and revenue reform as issues that are inextricably linked,” Scott continued. “For too long, wealthy special interests and their lobbyists have run the show in Lansing, big business has spent untold millions on lobbying to make sure they could make untold billions without paying their fair share of taxes. It’s time for us to close those loopholes and create a system where the government works for all of us, not just the wealthy few and that exactly what the Coalition to Close Lansing Loopholes intends to do.” 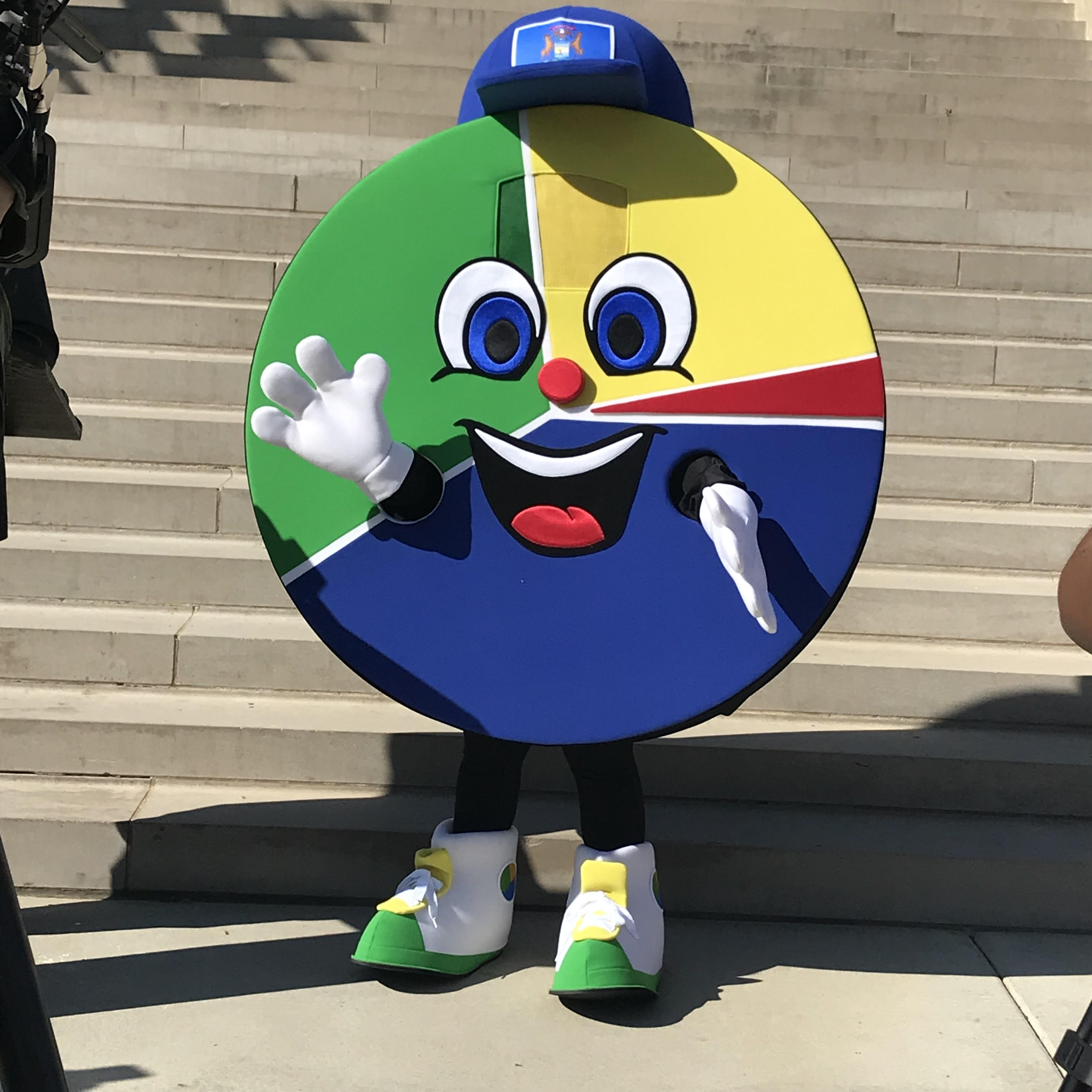