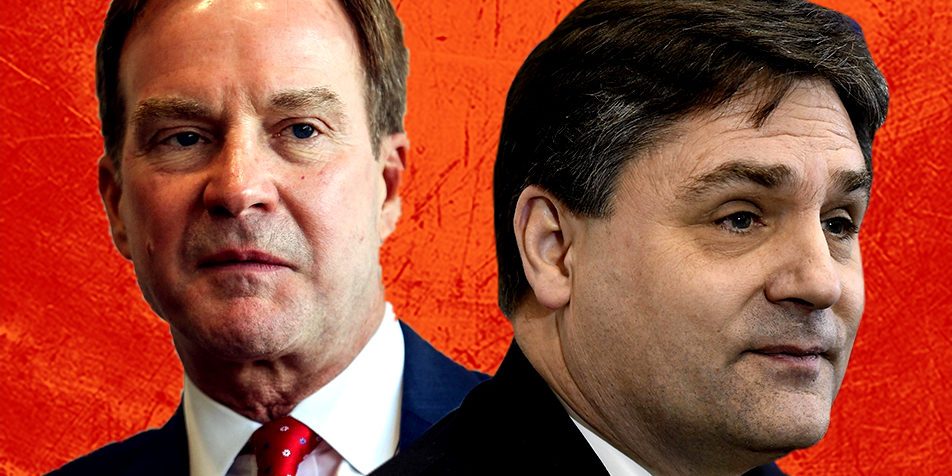 For three decades, Attorney General Bill Schuette has had the chance to stand up against discrimination, Islamophobia and racism, and he has continually — and willfully — chosen the wrong side.
Case in point, when asked about anti-Muslim comments made by one of his primary opponents, State Senator Patrick Colbeck, Schuette’s spokesperson had this to say:

Schuette “took an oath to defend the Constitution and enforce the laws of the State of Michigan and he believes all people must be treated with dignity and respect.”

At best, this statement is a complete non-answer from someone who has been in office for decades and is good at saying a lot without saying anything at all.

At worst — which is more likely the case here — this is dog whistle bigotry. Nobody asked Schuette what oaths he’s taken. He was asked to respond to anti-Muslim scare tactics from a right-wing elected official from his own party. Schuette’s comments about the oath are doubling down on Colbeck’s rhetoric by subtly echoing concerns about Sharia law usurping US law and were made to appeal to racists and anti-Muslim interests within the Michigan GOP.

The second half of the statement is just downright disingenuous. Schuette has used his position of power to deny rights to people and ensure discriminatory laws don’t change. He has spent his career actively fighting against dignity and respect for all people. He fought against marriage equality, he has stymied efforts to provide protections to LGBT folks, and he argued in court that juveniles don’t have civil rights in prison — even when they’re alleging they’ve been sexually abused.

Bill Schuette has been an elected official for decades and while this was just one opportunity to do the right thing, he chose again to double down on stand on the wrong side of history.

Rather than firmly putting Colbeck’s comments in the trash, Schuette is emboldening Islamophobia in Michigan because he’s showing he won’t stand up to it.