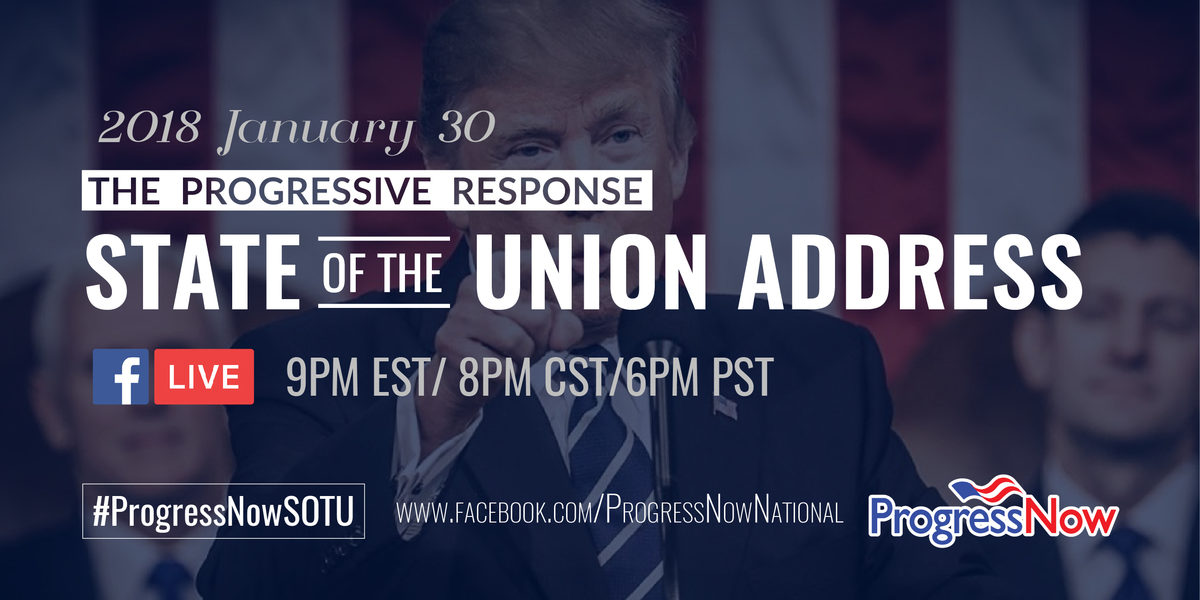 Lansing — State-based progressive advocacy groups will respond in real time to President Trump’s first State of the Union address. The groups which focus their work on state policy and accountability note a need for more localized activism as policies enacted by the Trump administration play out in local communities across the nation.

“The last year has seen a wave of activism like never before in Washington state,” said Aaron Ostrom, executive director of Fuse Washington. “We will respond to the State of the Union and share details about our work to resist the Trump administration, protect our communities, and retake our country in 2018.”

While much of the focus tonight will be on the optics of Trump’s speech. Americans should pause to remember that many of the worst actions taken by Trump in his first year were either met with silence from conservatives in Washington and across the nation or a warm embrace, especially on big issues such as the tax scam, ripping healthcare away from millions of Americans and the tearing apart of hard working immigrant families.

“While President Trump has rightfully earned his low approval ratings, those us of in the states understand that his policies are what drives his unpopularity more than his behavior,” said Lonnie Scott, who serves as executive director of both Progress Michigan and the ProgressNow national network. “In Michigan, Attorney General Bill Schuette has served as Cheerleader in Chief, trumpeting and parroting the worst policy proposals of the President. We will continue to hold not only Trump accountable for his failures, but also those conservatives who have pushed the same failed policies for a generation.”

The groups will also host in-state viewing parties of the State of the Union and respond during a live broadcast on the ProgessNow Facebook page. The broadcast will include fact checking, commentary and live reactions via Twitter in more than a dozen states. After the speech, citizens from Michigan, Colorado, Washington, Wisconsin, Iowa and Utah will respond live with their thoughts and reactions.

“Nevada will be watching very closely on Tuesday night to see what Trump has to say. Nevadans are tired of seeing Trump take our country backward; from trying to take away our public lands to failing to address the gun violence epidemic, among many other issues,” said Annette Magnus, executive director of Battle Born Progress. “We are especially going to pay attention to the words he has for our DREAMers and TPS holders. Whatever happens, Nevada is ready to defend itself from his hateful agenda.”