Is Ruth Johnson Hopped Up? 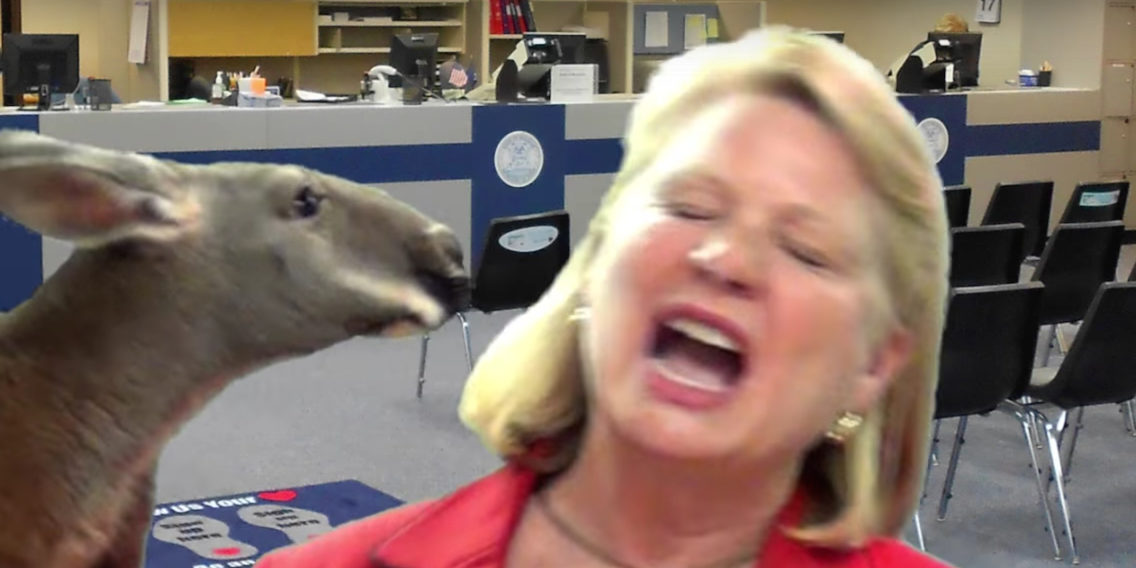 Oh My God! Michigan’s Secretary of State Ruth Johnson released an odd video starring a kangaroo biting her face after she finished a spoken word rap song about the virtues of the internet. Don’t believe me? Check it out.

Gimmicks like this are not the type of leadership Michigan needs right now. Michigan has fallen behind other states in ensuring our elections are secure, accurate, and modern. When it comes to making sure that every eligible citizen is able to register and cast their vote, Michigan ranks 48th out of 50. Yet, Ruth Johnson thinks horrible rapping is a priority. The video made me wonder if Johnson is bugging out.

The video implores voters to “hop online” with images of a kangaroo jumping around on the screen while our Secretary of State raps (sort of) about life being too short for long lines. Johnson isn’t too concerned with long lines on Election Day and my trips to the Secretary of State’s office are just as long as they always have been. In all honesty, I can’t name one thing that Secretary Johnson has accomplished during her six years in Lansing.

Ruth Johnson should drop the mic and stop using tax dollars to make a self-promoting rap video and wasting time that could be used to update our voting system and make sure that every eligible voter who takes responsibility has the right to cast a ballot, have that vote count, and have a voice. That’s a scenario we can all get behind.