Insult to Injury: Michigan GOP Has Learned Nothing from Flint Water Crisis 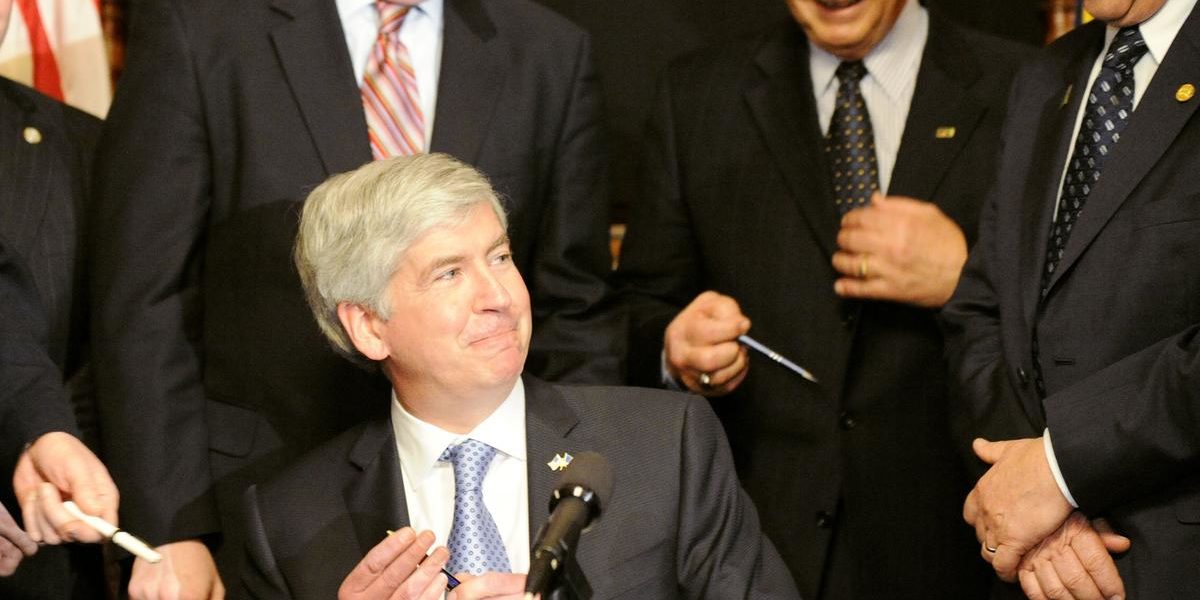 Nearly a year after the Flint Water Crisis exploded onto the national stage, Gov. Snyder and his Republican colleagues appear hell-bent on creating the conditions for yet another environmental disaster.

Back in July, Gov. Snyder appointed ex-BP oil lobbyist Heidi Grether to head the Michigan Department of Environmental Quality. Today the Michigan Senate’s Republican-dominated Natural Resources Committee is almost certain to confirm her, meaning that Grether will soon be charged with overseeing the same corporate interests she once loyally served.

But that’s far from the only problem with her appointment. BP is among the worst of the worst when it comes to funding climate change denial research and obstructing clean energy legislation. Then there’s the fact that Grether is a PR flack, not an environmental scientist. Her biggest claim to fame is spin-doctoring BP’s clumsy cleanup efforts after the 2010 Deepwater Horizon oil spill devastated the Gulf Coast.

Michigan Republicans appear to hope the oil industry insider will be able to achieve a similar sleight-of-hand in Flint. Grether herself has admitted as much, saying her top priority is repairing MDEQ’s battered public image – not protecting our air and water, as one might expect of the state’s environmental watchdog agency.

You have to hand it to Gov. Snyder for creative thinking. Faced with a massive and ongoing lead poisoning crisis – Flint residents continue to rely on bottled water and filters to this day – who better to make the problem go away than the spin doctor who ran damage control on the worst environmental disaster in U.S. history?

It’s just the latest, and perhaps most egregious, example of GOP efforts to rig the system in favor of corporate polluters while ignoring their policies’ public health ramifications. The four Republican Senators on the Natural Resources Committee –Phil Pavlov, Tom Casperson, Jim Stamas, and David Robertson – have collected a cool $65,000 from the oil and gas industry over their careers.

Today’s vote will likely prove a valuable return on that investment. But it’s a grave insult to Flint residents and everyone else whose lives and communities are being jeopardized by the GOP’s profits-before-people approach to our environment.