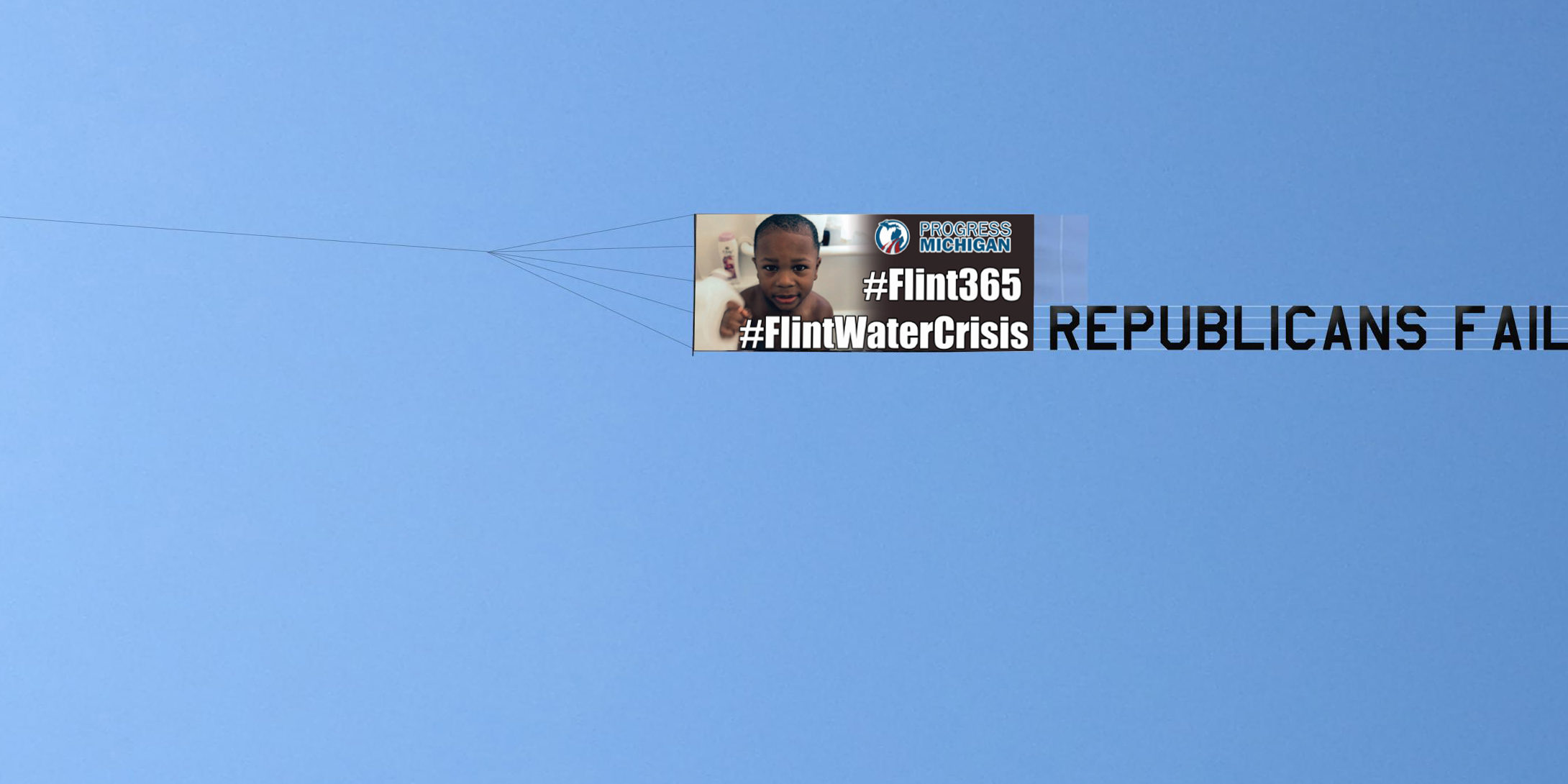 LANSING — It’s not a bird, but it is a plane. And that plane has a message for Michigan Republicans: You failed Flint. Progress Michigan has sponsored an airborne banner to be flown around two college football games tomorrow at the University of Michigan and Central Michigan University.

“More than a year has passed since Gov. Rick Snyder and his fellow Republicans finally acknowledged that there was a water crisis in Flint and to this day, the people of Flint still cannot safely drink their water,” said Lonnie Scott, executive director of Progress Michigan. “Lead pipes are still in the ground and people are still dependent on filters and bottled water. Republicans have been too busy campaigning and working on behalf of their corporate donors like the DeVos family to be bothered by this crisis that they created and it’s beyond shameful.”

The message on the banner reads #Flint365 to represent the year that has passed since elected officials finally listened to Flint residents and acknowledged there was a crisis. It also includes the popular hashtag #FlintWaterCrisis, which has been a rallying point online for folks who are concerned about the situation. The trail message on the banner reads: “Republicans Failed Flint.”

“Republicans have controlled our state government for the majority of the past 26 years and they controlled Flint through an emergency manager who made the disastrous decisions that led to the Flint Water Crisis, so their attempts to shift blame to other people or entities for a disaster they created is ridiculous. They own this crisis and need to be the ones to fix the problem,” Scott continued. “Tens of thousands of families continue to struggle with their daily water needs. If the Republicans in Michigan spent as much time trying to fix this crisis as they have doing the bidding of the DeVos family and their wealthy campaign donors, the crisis would already be over.”