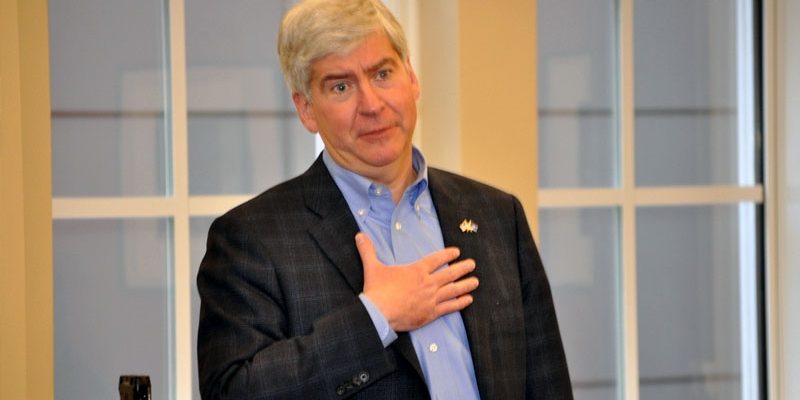 Proof emerged over the weekend that Gov. Rick Snyder dragged his feet for months in declaring the Flint Water Crisis a disaster and lied to the public about why he chose to delay.

Choosing to not declare a state of emergency in Flint further delayed critical resources to people who continue to struggle to get basic water needs met.

Snyder officials claimed they needed an official request from the county to act, but that was an outright lie.

The new emails reveal that Snyder administration officials were discussing an emergency declaration months before the governor chose to do so. In fact, a captain with emergency and homeland security services wrote in an email, “As you know, the Governor can declare at any time for any reason.”

This lie goes to the heart of Snyder’s painfully slow and inadequate response to the Flint Water Crisis.

Snyder declared an emergency on January 5 — nearly a month after newly-elected Flint Mayor Karen Weaver declared the city was in a state of emergency and nearly two years after the initial water switch, which led to protests and complaints from residents about the murky and disgusting water.

In his emergency declaration, Gov. Snyder said, “The health and welfare of Flint residents is a top priority.” Well, if that was the case, why did he delay for months while people continued to face a shortage of necessary resources? More rhetoric masqueraded as compassion, which falls away under scrutiny to reveal public posturing steeped in self-serving political calculation with no real empathy for the people affected. It’s just a lie.

Snyder needs to resign immediately. Revelation after revelation shows us just how badly he and his entire administration bungled the response to this crisis, which, he too, is responsible for creating.