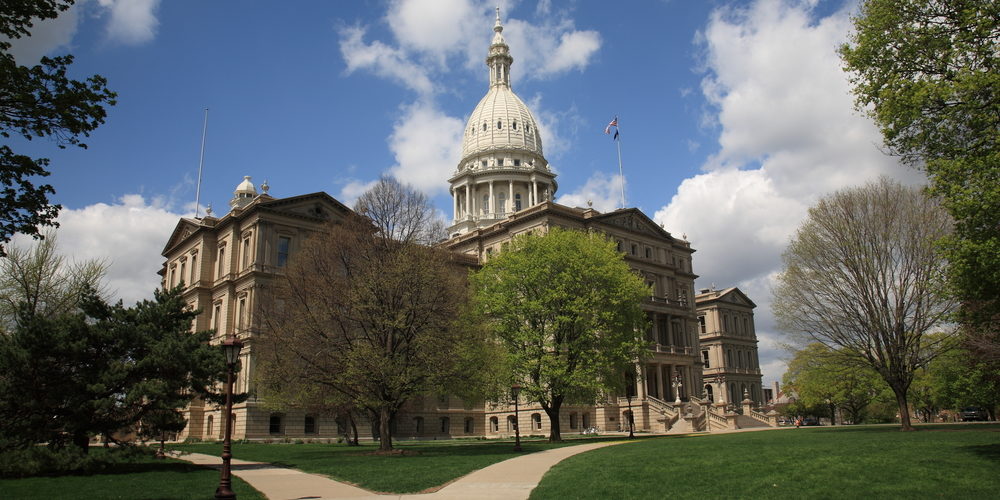 Our representatives in the State House and Senate are coming back from their holiday break tomorrow and they have a lot of work to do in the three weeks they have before the legislative session ends for the year. That means that, starting tomorrow, our representatives could (and probably will) be voting on some major bills. Otherwise, we’ll have to wait to see any action on them until 2016.

MLive and the Associated Press have written good recaps of which legislation to look out for and what it does, but how will all these bills impact you? Let’s discuss:

Utilities in Michigan are on track to meet a 2008 renewable energy standard that requires that they generate 10 percent of their energy from renewable sources like wind and solar by the end of this year. On top of that, most coal plants in Michigan are old and outdated and need to be retired. That leaves elected officials to determine where utilities will be required to obtain the energy to power our home and businesses.

Republicans in the House Energy Committee recently passed a package of bills sponsored by Rep. Aric Nesbitt that set a renewable energy “goal” encouraging utilities to obtain energy from renewable sources and energy efficiency programs that reduce energy waste, but does not require them to do so. Under those circumstances, if a utility company doesn’t want to invest more in renewable energy, it doesn’t have to. Utility companies would be given a free pass to pollute and protect their bottom line at the expense of our health, air, and drinking water if they so choose. Utilities like DTE Energy and Consumers fought hard against the renewable energy standard that was implemented in 2008 and they’ve been lobbying hard in favor of Nesbitt’s package of bills, spending millions on misleading ads encouraging people to support them.

Our elected leaders have a choice, side with corporate polluters whose first priority is profit or keep building a sustainable clean energy economy so that we can continue to enjoy an inhabitable planet.

Republicans in the Senate passed a bill that eliminates straight ticket voting with little public input. There’s a chance that Republicans in the State House will follow suit in December. The bill is nothing but an attempt by Republicans to rig elections in their favor so that they can keep their party in power and continue stacking the deck in favor of wealthy special interests and against ordinary Michiganders. Our elected officials should be working to make voting more fair and accessible, not making it harder for voters to have a voice in our democracy.

In another attempt to rig elections in Michigan, Republicans in the Senate voted to move the elections for Oakland County executive from presidential years to gubernatorial election years. A large number of voters who live in Oakland County support Democrats and tend to turn out to vote in higher numbers in presidential years as opposed to gubernatorial election years. Rather than have to run fair and honest campaigns to win the election, Republicans decided to rig the election date so that they can maintain control, even if it means denying a meaningful vote to people who have struggled for equal rights.

Michigan’s prisons are packed with people convicted of nonviolent offenses and with the elderly and frail, people who pose no threat to society. Unnecessary incarceration does two things: it wastes money and it keeps people from reentering society and contributing to it. Of course, there’s a way out. There’s a way we can use the millions wasted on keeping people in jail long past their minimum sentences and channel that money to pay for improving our children’s education and fixing the roads; it’s called presumptive parole. This type of parole reform would have parole boards rely on actual evidence to determine if an inmate should be granted parole when that person is eligible. Each inmate would be given parole unless the person’s behavioral record clearly shows the person is a threat. The old, arbitrary parole board model needs to be updated and be based on evidence. What we have now is too costly on both the human and monetary scale.

Education in Detroit has long been a hot topic. Late last year, a group of elected and community leaders, along with many other stakeholders in the city of Detroit, came together to form the Coalition for the Future of Detroit Schoolchildren. The coalition recommended a number of proposals to help ensure that children in Detroit schools are able to receive a quality education, including the fulfillment of the state’s obligation to the debt that was incurred when Detroit Public Schools (DPS) was taken over by state officials, immediately returning DPS to the hands of Detroiters by reinstating the full powers of its elected school board, and more charter school accountability for schools in Detroit and across the state of Michigan.

The governor has since introduced his own plan for Detroit schools with striking differences on governance and structure, including not giving people in Detroit any say in how the plan will work. Our elected officials are expected to take up the governor’s plan in December. His bills could very well change the education landscape in Detroit and set precedent for other Michigan schools. Citizen’s groups are currently urging elected leaders to ensure community input and community control in the legislation and for the state officials to finally fulfill their obligation to the debt they caused for DPS. Citizens deserve to have a say in what happens to their school district. Our elected leaders should advance a plan that involves working together with the people in Detroit to provide kids with the best education possible.

Michigan’s no-fault system is meant to take care of the medical needs of accident victims in an effective way while avoiding expensive lawsuits involved in suing people to establish fault for an auto accident. It’s a system that has worked for decades. Nevertheless, Senate Republicans voted to overhaul that system to benefit the insurance industry at the expense of survivors of catastrophic auto accidents. Unsurprisingly, we discovered that the five Senators that voted to overhaul Michigan’s no-fault system collectively received over $200,000 in campaign contributions from insurance companies. It’s possible that Republicans in the State House will follow suit and vote to stack the deck in favor of their wealthy donors in December.