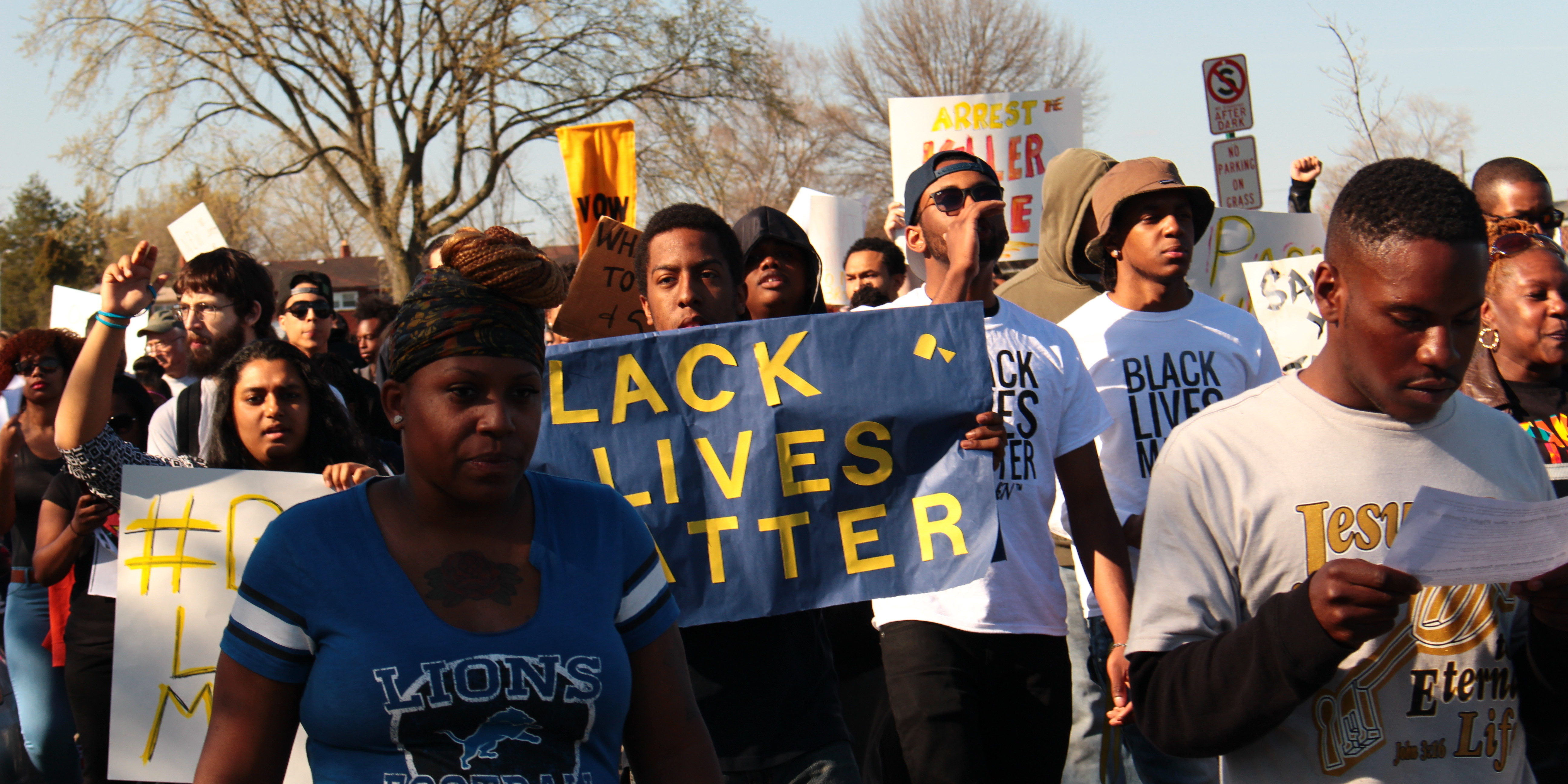 Wayne County Prosecutor Kym Worthy just cleared an Immigration and Customs Enforcement agent in the shooting of 20-year old Terrance Kellom. The shooting was ruled as justified and no charges will be filed against the agent.

During a raid on Kellom’s family home in Detroit while serving a warrant for Kellom’s connection to an armed robbery, an ICE agent (who was working with other local police) shot and killed Kellom when the young man allegedly lunged at him with a hammer. Kellom was shot four times.

Worthy envoked the #BlackLivesMatter movement during her presser after the announcement came down.

Via The Guardian: Worthy, who is black, didn’t shy away from the public focus on police shootings of unarmed black men around the country during her remarks.

“There are severe problems in this country with African American men being beaten, killed, maimed or otherwise assaulted by the police usually during a traffic stop,” she said. “This is an ugly fact for black, usually young, and even men and even some women in America.”

She continued: “Yes, black lives matter. Of course, they matter. But you know what else matter? Credible facts matter, supportable evidence matters … the truth matters.”

Facts do matter. And the fact is that in the United States, police are on track to kill at over 1,100 people this year, with a majority of them being black. The problem is, we’re not learning from these facts, which leads to situations like the one that took Terrance Kellom’s life.

Terrance Kellom joins a growing statistic that shows just how broken policing is in this country. Like so many other young black Americans, he did not have to die at the hands of police.

If our system of policing supposedly worked, Kellom would have been hauled off to trial, not hauled off in a body bag. It’s on the police to not only protect their own lives, but to preserve the lives of others as well, including suspected criminals.

Why go in guns drawn when you have a suspect cornered and you have the opportunity to remove other civilians from the situation? Why not back up, assess the situation and find the route that provides the police to bring in the suspect alive?

In this situation, nobody’s life was in jeopardy until the police decided to enter the house and pursue Terrance in close quarters with the knowledge he was allegedly armed.

Police in other countries don’t kill people at the same rate as police in the U.S. Not even remotely close. There are plenty of examples of police officers abroad taking in dangerous suspects without killing them. Why can’t we figure this out back home?

The facts are clear: our police system is broken in this country and it only leads to broken families, broken trust in communities and a breakdown of society. We need to look at these facts and start making some radical change.