GOP Trumped by Its Own Past 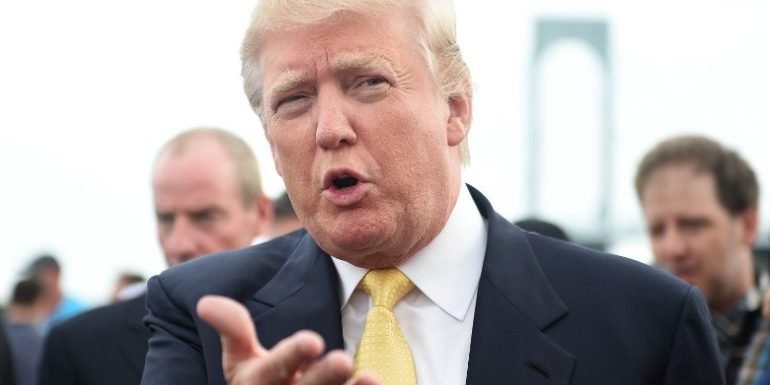 Trump’s rise is a direct reflection of the right’s reaction to the Obama presidency. Since the fall of 2008, the GOP establishment has stayed quiet while their base spewed race-fueled hate, made up lies about the Affordable Care Act, demeaned women like Hillary Clinton and Nancy Pelosi and topped it off by blaming hard working immigrants for our nation’s broken immigration system. All of this happened while Republican leaders either stayed quiet or helped to fan the flames so that they could ride the anger created by Tea Party zealots, birthers and Trump back to power. The Donald had another idea.

When the Roberts Court gave corporations the same rights as people in Citizens United, the GOP establishment saw it as a win for them. Unlimited money in our political system would surely help the people most willing to sell our rights, our land, our water and our democracy itself to the highest bidder. That is unless the highest bidder decides he doesn’t need to buy another Bush when he can just buy the White House.

In the most recent debate, Trump bragged that he buys people running for office and demands favors in return for his contributions. Trump’s truth telling is probably the best argument for the Supreme Court to revisit Citizens United.

What the GOP establishment doesn’t understand is that Trump is the monster that they have created. Like a classic science fiction movie, the creators of the monster are now running scared as the fans they flamed have turned on them. Donald Trump doesn’t lead the polls because he is a well-known reality TV star who happens to be a fringe candidate, rather, he leads the polls because Donald Trump (warts and all) is the mainstream of the modern Republican party.

Mr. Trump should be able to find some friends in Michigan. He can give Rick Snyder a call and share a drink or two while discussing screwing working people. The Donald and Bill Schuette can share a laugh at how they use hate to rile up their base against undocumented workers and the LGBTQ community. Trump’s anti-woman rhetoric will find tons of support from representatives in the GOP House and Senate who voted to force women to buy rape insurance in Michigan. Finally, Trump can head to Lapeer and take lessons on how to handle the backlash he’s sure to get from the establishment (on second thought, he should skip that lesson.)