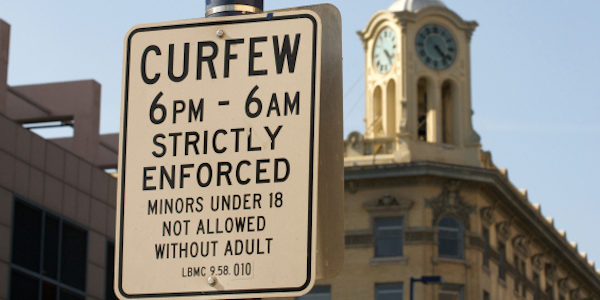 UPDATE: According to the Detroit News, the proposed ordinance has been changed. The four-day curfew will now be from 8 p.m. to 6 a.m. and will be limited to specific areas surrounding the Detroit River. Those areas were not specifically identified in media reports. However, the 6 p.m. to 6 a.m. curfew would still apply on the day of the fireworks, June 22. This curfew proposed is still problematic and unjustly targets youth of color.

The Detroit Police Department wants the City Council to approve a restrictive curfew for minors during a firework celebration that stretches to include the celebration of Juneteenth – the oldest known celebration commemorating the ending of slavery in the United States.

The curfew would last from 6 p.m. to 6 a.m. and would continue for four days from June 19 (Juneteenth) through the night of the fireworks on June 22. Any kid under the age of 17 caught outside after 6 p.m. without parental supervision would be subject to arrest and fines.

Last year, 150 juveniles were locked up under a shorter version of the curfew.

To put things in perspective, let’s consider another infamous curfew in a major U.S. city that was imposed earlier this year: Baltimore.

In that city, where riots broke out after the death of Freddie Gray at the hands of Baltimore PD, a curfew was put in place from 10 p.m. to 5 a.m. for all residents.

Given what prompted the two curfews, Detroit’s more Draconian version is far worse and ultimately targets youth of color.

Frankly, it’s hard not to see stark racial overtones to such a curfew when events like Detroit Pride, the Downtown Hoedown and DEMF went with no such restrictions, but the weekend of Juneteenth and the fireworks show come with a heavy-handed, four-day curfew that is put in place to keep black kids from legally walking in their own communities.

It’s worthy to note that the fireworks celebration downtown takes place at the same point where the Underground Railroad crossed into Canada.

Kids out and about throughout the city — not just downtown — during these long summer evenings are subject to harassment and arrest by police. After 6 p.m., kids walking home from a part-time job, dance practice or a tutoring session face being locked up and a $50 fine — which can increase to a $500 “lodging fee” if their parent doesn’t pick them up from lockup.

Parents working the nightshift could lose out on more than a week’s worth of pay because their kid was outside while the sun was still up.

The firework celebration is scheduled for the 22nd. The curfew starts the 19th, which runs throughout the weekend from Friday to Saturday. That means any kid in Detroit (literally, anywhere in the 139 square miles that makes up the city limits) can’t even enjoy the weekend outside without fear of arrest, regardless if they plan on watching the fireworks or not.

We can put a stop to this criminalization of Detroit’s youth by speaking out. There is a public hearing on the ordinance on June 10th at 11 a.m. in the Coleman Young Building in downtown Detroit. Show up and take a stand in support of Detroit’s youth.