Why Does the Mackinac Center Want to Return to 1851? 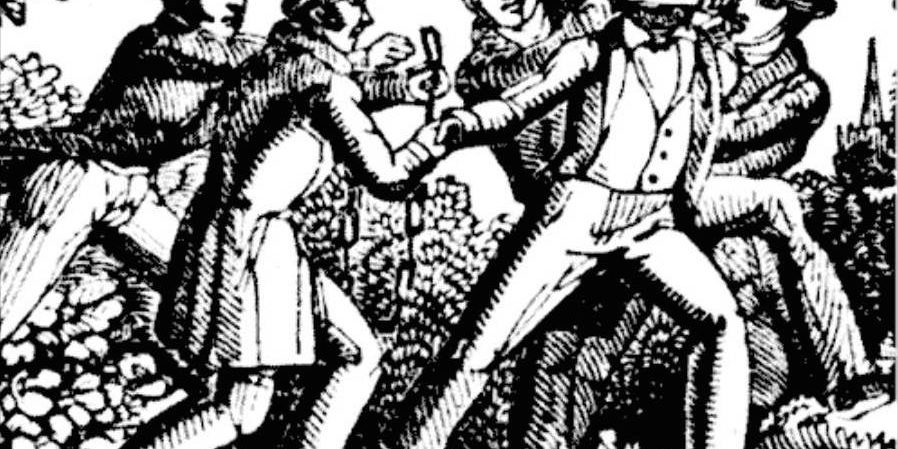 Few Americans would admit to looking back on 1851 with nostalgia. Slavery was the law of the land, not only in the south but in the north, as a result of the Fugitive Slave Act. Indigenous peoples were being systematically driven off their land and killed. Women enjoyed few rights, including the right to vote. For workers, there was no eight-hour day, no minimum wage, no right to form a union. In short, 1851 was a bad time for anyone but property-owning white men.

So it’s striking that the right-wing Mackinac Center for Public Policy would choose to champion this historical moment by naming one of its donor membership clubs the 1851 Society. The website explains that it commemorates the year an amendment to the state constitution was ratified, banning government aid to railroads and canals and supposedly ushering in a new era of free enterprise.

No doubt the Mackinac Center would deny that its celebration of this episode has any connection to the less savory aspects of America’s 1851 economy. And that’s precisely the point. The Mackinac Center’s poor choice of year is more than a faux pas. It’s emblematic of a skewed and ultimately ahistorical worldview, one that attempts to divorce causes from effects, policies from their human consequences.

By highlighting the mid-nineteenth century as some pinnacle of economic freedom, the Mackinac Center pretends that the United States once enjoyed a period in which captains of industry made their fortunes fair and square, free of government collusion, and the rest of society benefited from their creative vision.

Then as now, that’s not the case. The type of economic freedom lauded by the Mackinac Center to the exclusion of all other human rights has always meant more freedom for some and less for others. Indeed, “free markets” have historically been enforced by state power, whether it was the U.S. government protecting slave owners, seizing native lands, or crushing strikes. As New York Times columnist Thomas Friedman has acknowledged, “The hidden hand of the market will never work without a hidden fist.”

So when the Mackinac Center talks about private entrepreneurs building railroads and industries all on their lonesome, it’s pretending that this economic development stands outside of a history forged by slavery, colonialism, and class warfare. Even more dangerously, this narrative erases the victims of policies that made – and continue to make – those profits possible. The railroads were built on stolen lands. The southern slave economy underpinned northern industry. Freedom for corporations has never gone hand-in-hand with freedom for the majority of people in this country.

By blindly trumpeting the economic freedom of a time and place where it did not exist for most Americans, the Mackinac Center paves the way for future attacks on working people and people of color, advocating more oppression in the guise of liberation.