The War on Drugs: A Chronic Failure 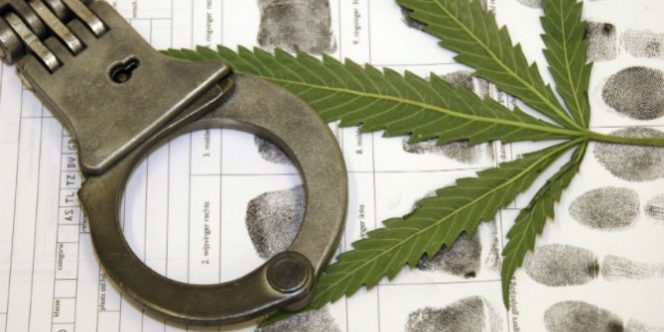 By Sam Inglot and Denzel McCampbell

From straight edge to stoner, we can all agree that marijuana prohibition has failed and we need serious reforms.

Many media reports focus on the economic impact that legalizing marijuana would have on the state. According to the Detroit Free Press, there are three groups pushing for marijuana legalization ballot proposals in 2016 and all groups have touted the economic benefits that Michigan could gain through legalizing pot. A spokesperson for one of the groups is even quoted as saying, “Our proposal is not about pot. It’s about the revenue and jobs that are going to be created.”

There’s no question that the potential for extra revenue for much-needed public investment is a welcome conversation. As the Free Press article also points out, the state could take in more than $180 million per year with a legalization plan similar to the state of Colorado’s.

However, there is a human impact that marijuana prohibition has had on our state that is often overlooked.

The conversation for legalization should include the realities of the war on drugs and marijuana specifically. In Michigan, selling the smallest amount of marijuana is a felony offense and carries a maximum sentence of four years in prison and a fine of $20,000 (penalties increase with the amount of marijuana).

With these harsh penalties and the fact that people of color are disproportionately targeted for drug arrests, there is an opportunity for the state to rid itself of a drug policy that has torn apart thousands of families and communities. We also have a chance to create a new class of business entrepreneurs that includes the communities of color that these failed policies have long put at a disadvantage.

Prisons are meant to hold violent criminals who must be kept out of our communities, not folks who sell marijuana to put food on the table and a roof over their family’s heads. In a state where we spend more on prisons than higher education, lawmakers should be clamoring for a way to reduce the prison population without endangering public safety. Loosening the stiff penalties on marijuana would be a perfect way to do just that.

Although study after study proves that marijuana is significantly less harmful than the “Reefer Madness” era of thinking would let have you believe, the health effects are still commonly used to speak out against legalization. This occurs at the same time that we allow adults to consume alcohol and cigarettes, which have proven to be much more harmful to your health.

As a society, we believe adults should be free to make decisions about what to consume as long as they’re not hurting other people. We apply that standard to alcohol and tobacco, so why not marijuana?

Marijuana prohibition has been an all-around disaster— it’s time to end the madness.