How one woman is saving a piece of Detroit’s history 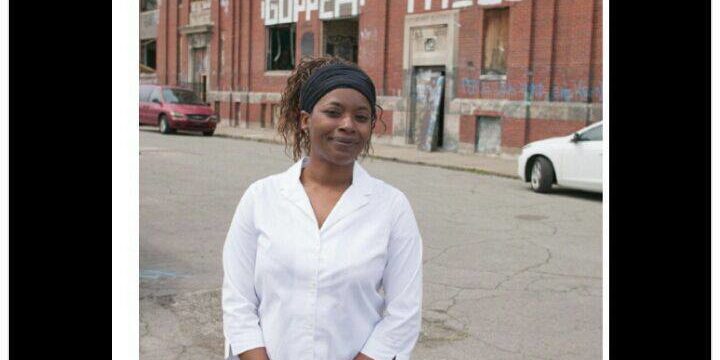 I first met Donyetta Hill last year while working on the campaign to raise Michigan’s minimum wage. I had only been working at Progress Michigan for about two months and was still getting the hang of working for one of the largest progressive communications hubs in the state when suddenly we were thrust into an effort that would better the lives of millions of Michigan residents, including Donyetta.

Donyetta had bravely agreed to share her story about what it’s like working full-time and being paid minimum wage while trying to support herself and her three children and also aspiring to finish school. I say bravely because exposing your vulnerabilities to the world is intimidating and scary, but it’s necessary. Whether or not you thought raising Michigan’s minimum wage was a good idea, by hearing Donyetta’s story of struggle, and the stories of many others barely getting by on poverty wages, you felt that it was the right thing to do.

Donyetta’s actions continue to inspire as she keeps working at her day job and caring for her family.

Donyetta was born and raised in the Brewster Community in Detroit, home to the Brewster-Wheeler Center. She grew up going to the center as a child. It was a place that brought the community together. The center had basketball, swimming, tennis, arts and crafts, after-school programs, and lunch programs.

Over the years, the Brewster-Wheeler Center, like many other buildings in Detroit following decades of neglect by elected leaders, began to deteriorate and has been vacant for the past 10 years. Last year, it was scheduled for demolition.

Donyetta felt compelled to stop the demolition from taking place because, as she said, “People wanted to tear down the building but didn’t know the history of what that building means to Detroit. I was fighting for my memories, my childhood, my neighborhood; it’s a piece of my heart.”

Starting in August 2014, despite vocal opposition from numerous people who told her that she would fail, Donyetta held rallies, events, and meetings. She did research and met with city council members and convinced them that the center meant too much to tear down. She was the first person to petition the city council with over 6,000 signatures from community residents and file for historical designation for the building. She was also the first to reach out to Joe Louis, Jr., and garner his support for saving the building. His father, boxer Joe Louis, started his career in the center.

This month, Donyetta’s dedication paid off when a developer put forward $50 million to restore the center and designate it as a historical site. With Donyetta as the President of Brewster-Wheeler advisory board working with city administration officials and developers, the center will be turned into a half community center, half restaurant. The community center will include a chess club, culinary arts training for young people through Alternatives for Girls, and potentially a restored pool. Donyetta wants it to be a free space for both the elderly and youth of the community. She also wants to include the public in every step of the reconstruction process. Fifty-one percent of jobs created will be reserved for Detroit residents and the restaurant will be required to initially hire 40 percent of its workers from Detroit, increasing to 70 percent within four years.

I asked Donyetta what she sees this project doing for the community in the future:

“In 10 to 20 years I see this building still standing there. It will bring a lot of communities and kids together in a place where they can learn, have mentors, have someone there to listen to them, have resources, and attention. People can come back and remember what they had in that building, they can walk the hallways again, and they can go up those steps again. We knock so much stuff down everyday to make a ‘new Detroit’ and we forget where we came from. This building can keep our childhoods and our memories alive.”

It’s the heroic actions of people like Donyetta that are making Detroit a better place every day. It is always because of one person that all the changes that matter in the world come about. I look forward to seeing Donyetta continue to be that one person.