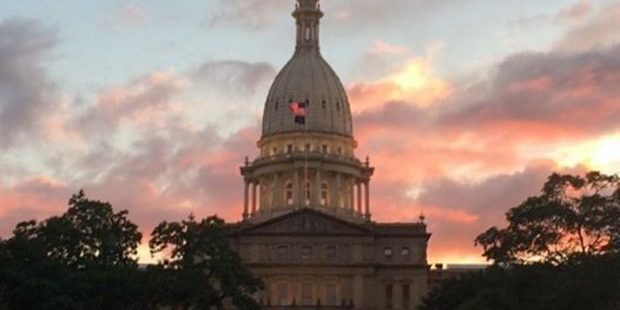 Sandwiched between busy holiday seasons, Michigan’s lame duck session can often go overlooked, but it’s during this time — and all the distractions that come with it — that some of our most controversial laws have come to pass.

A lot can happen in lame duck while no one is paying attention.

Here are some updates on current lame duck legislation:

The Senate passed a bipartisan bill that would raise the gas tax to fix our state’s crumbling roads. While this proposal is far from perfect, it’s the closest we’re going to get to the long-term funding solution we desperately need to fix Michigan’s roads.

Enter GOP House Speaker Jase Bolger and his plan to fund road fixes by defunding our schools. Leave it to a conservative to rob Peter (who’s already been robbed once before) to pay Paul (who’s crumbling to pieces.)

It remains to be seen if the vehemently anti-tax crusaders in the House will go for the bipartisan Senate bill or if they’ll just let our roads and bridges fall into even more deplorable conditions.

Progressives, local governments, faith leaders and major Michigan companies have been calling for an amendment to the Elliott-Larsen Civil Rights Act (ELCRA) to protect the LGBT community from discrimination for years. Unfortunately, the legislature has not acted.

There are two House bills that address the ELCRA currently floating around the legislature. One, introduced by Rep. Sam Singh, D-East Lansing, is fully inclusive and features protections for people based on sexual orientation AND gender identity/expression. Rep. Frank Foster, R-Petoskey, introduced a bill that only protects sexual orientation, leaving out the trans community entirely.

We’re not convinced that either of these bills will come up for a vote during lame duck, but we are concerned about a Religious Freedom Restoration Act bill that would enshrine even more discrimination into Michigan law.

A small handful of representatives are trying to hijack the centuries-old system by which Michiganders vote for presidential candidates.Progressives have been at the forefront of combating these legislators’ attempt to rig Michigan’s elections.

Thus far, only testimony has been heard in committees and no vote has been taken. Opposition has been swift, aggressive and plentiful, while support has been virtually non-existent.

No word on if this bill will get another committee hearing.

What would lame duck be without a conservative attempt to attack and shame poor people? Today, the Michigan House passed a bill to introduce suspicion-based drug testing for welfare recipients.

We took action on this legislation last year and called on all lawmakers who are also paid via taxpayer dollars and who supported the bill to submit their own drug test. Why limit drug testing to poor people, right?

Hazardous Waste is Not Renewable Energy

This bill is yet another attempt by corporate polluters to maximize their own profits at the expense of Michigan residents’ health. Lawmakers should be listening to their constituents rather than groveling to their corporate donors and the fat cats that finance them. Michiganders deserve better.