Ferguson is Just the Beginning 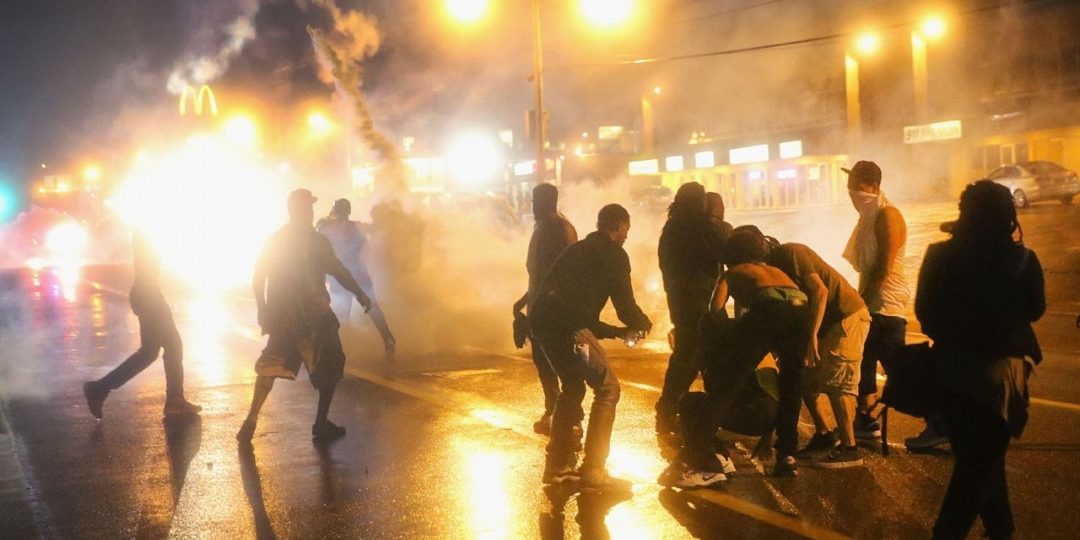 When President Obama called for peace in Ferguson after Monday night’s grand jury decision, I could not help but think of a speech that political activist Howard Zinn gave at the height of the Vietnam War. “Thousands of us were arrested for disturbing the peace,” he said. “But there is no peace. We were really arrested because we were disturbing the war.”

So it is for the Ferguson protesters, who have been condemned not for shattering an imaginary peace but for daring to disrupt the everyday violence ravaging their community. Like many other poor communities of color under police occupation, Ferguson was a war zone long before the camera crews showed up. But it was a one-sided war, rendered invisible by a media that ignores the structural violence of rampant unemployment, foreclosures, and poverty, to say nothing of political disenfranchisement. Only when residents began to resist did the media take notice.

The grand jury decision has not taught us anything about the American criminal justice system that we did not already know. But it has taught us a great deal about the unfathomable arrogance of our political and economic elites.

The officials in St. Louis knew that they were never going to indict Darren Wilson. The people of Ferguson knew it. The officials knew that they knew it. And yet they proceeded shamelessly in their farce, insisting up to the very end – even as they called in the National Guard to protect them from the aftermath of their “justice” – that the taking of black life might carry some consequence, that an indictment was still possible.

That interminable 45-minute press conference, followed by Obama’s brazen assertion that the United States has made “enormous progress in race relations” and his call to turn Michael Brown’s death into a “positive situation,” laid bare the mindset of an elite that will protect its privilege at any cost, that will concede nothing, not even the indictment of a lone trigger-happy police officer.

This siege mentality has implications far beyond Ferguson. Indeed, its effects can already be seen in the relentless rollback of social programs and civil liberties across the country.

It was not always this way. Faced with powerful social movements during the Great Depression and again during the 1960s, the establishment found itself forced to make concessions to prevent more radical change, resulting in the social programs of the New Deal and the Great Society.

But that calculus has changed. Emboldened by decades of union-busting and political repression that has left working people in disarray, the elite believes that it can ride out the storm. Rather than taking meaningful steps to address the social and economic exclusion of vast swathes of the population, they have militarized police forces and built a prison-industrial complex to contain the threat.

But the people can never be contained for long. Ferguson is just the beginning. As the rich-poor gap widens and elites retreat to their gated communities, future rebellions are all but guaranteed.