Apathy is a Dangerous Course 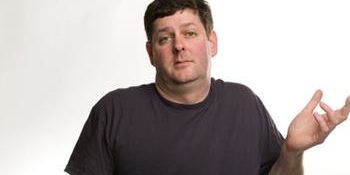 In the era of Citizens United and a gutted Voting Rights Act where corporations are people, money is speech, and legislators making it harder for people to vote are the new norm, voting is more important today than it ever has been.

Apparently, Michiganders don’t agree. Michigan’s voter turnout last Tuesday was the lowest it’s been in 24 years, just 41.6 percent. It was even worse nationally – 36.6 percent of eligible voters cast a ballot. That figure is forecasted to be the lowest national turnout since 1942, when many Americans couldn’t vote because they were fighting in a world war.

The question is, why didn’t people find it important to vote?

Some say they’re tired of both parties. Others simply claim that the system doesn’t work for them and they don’t see the purpose of participating. I understand those frustrations and I feel them myself, but forfeiting the right to vote can’t be a viable option. Our democratic system of government was designed for a citizenry that actually participates and if everyone voted in this country, things would look very different.

A silver lining can be found in state ballot measures. On issues ranging from women’s reproductive rights in Colorado and North Dakota to criminal background checks for gun purchases in Washington State, measures that were opposed by the same conservative candidates who were elected, passed by wide margins. Even initiatives to increase the minimum wage in the red states of Alaska, Arkansas, Nebraska, and South Dakota were all approved by voters.

When asked to voice their opinion on policy, the electorate has shown a willingness to educate themselves and vote with common sense and compassion. When asked to vote for politicians, they tune out.

Last week, I wrote that elections have consequences; we’re already starting to see them. Sen. Mitch McConnell, the incoming U.S. Senate Majority Leader, said that his top priority is rolling back Environmental Protection Agency regulations, including the implementation of new safeguards for coal-fired power plants that clean up our air. Sen. James Inhofe, a climate change denier who wrote a book titled “The Greatest Hoax: How the Global Warming Conspiracy Threatens Your Future” is in line to be the next Chairman of the Environmental and Public Works Committee when the GOP takes control of the Senate in a few months.

The political gridlock may be maddening, but the less engaged we are the worse it will become. Elections don’t operate in silos. Their effects are cumulative and if there’s anything to be learned from Tuesday’s results it’s that apathy is a dangerous course.